Referring to the body of coarse…  after having a close look and assessing whats needed and what could be fixed. I need to replace both rear doors, both front fenders..  and maybe the front bumper. Also I need a right side running board.  These are where the most damage is.  Found a body shop in Strathmore that was selling the body parts off of a 2008 Avalanche.  $100 bucks each for the doors and fenders.  Wow my quote from the wreckers was $400 ea for doors. 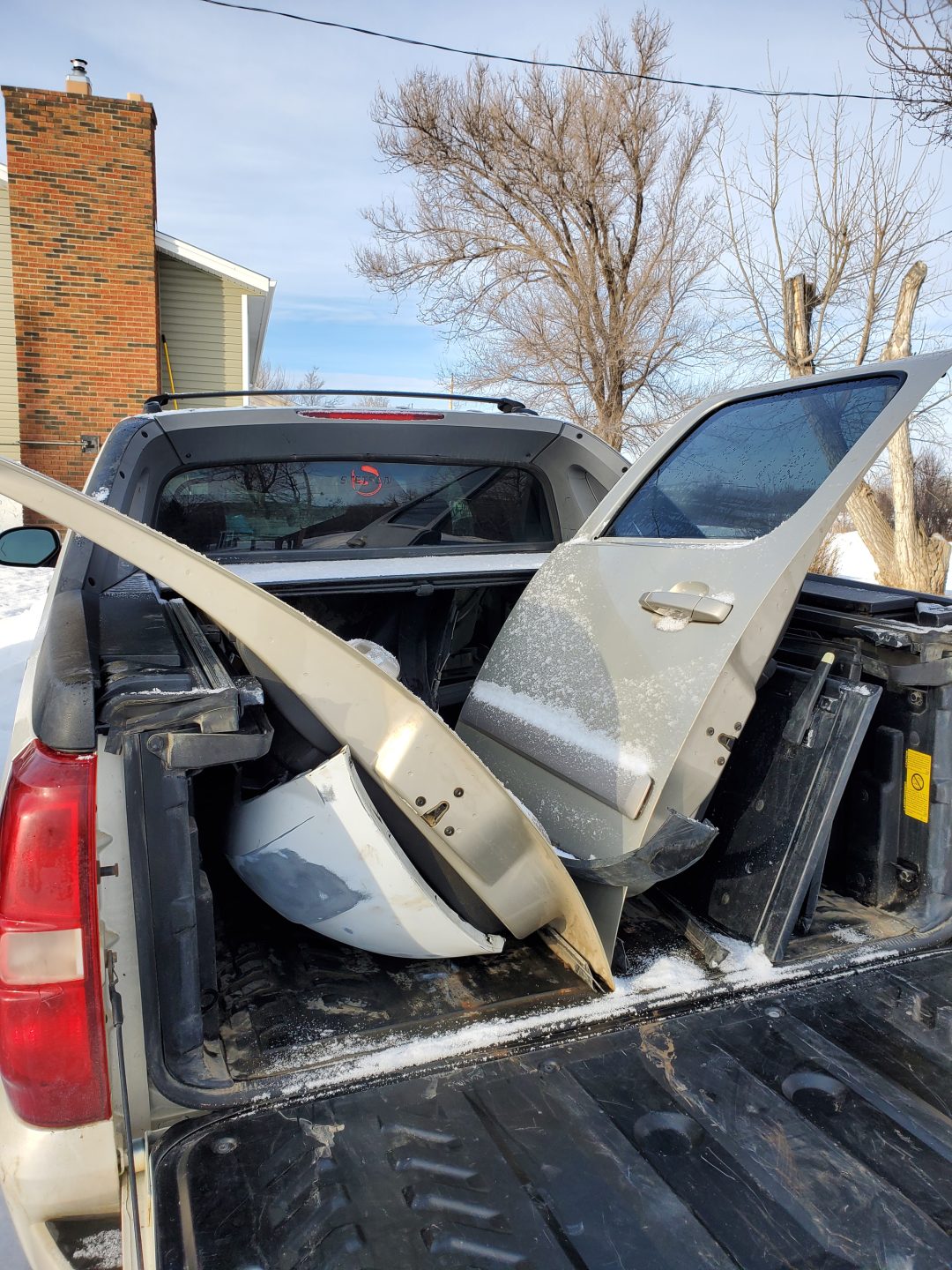 I also got a white front bumper and the bottom air dam that finishes it.  That will fix the worst goober on the right front corner. 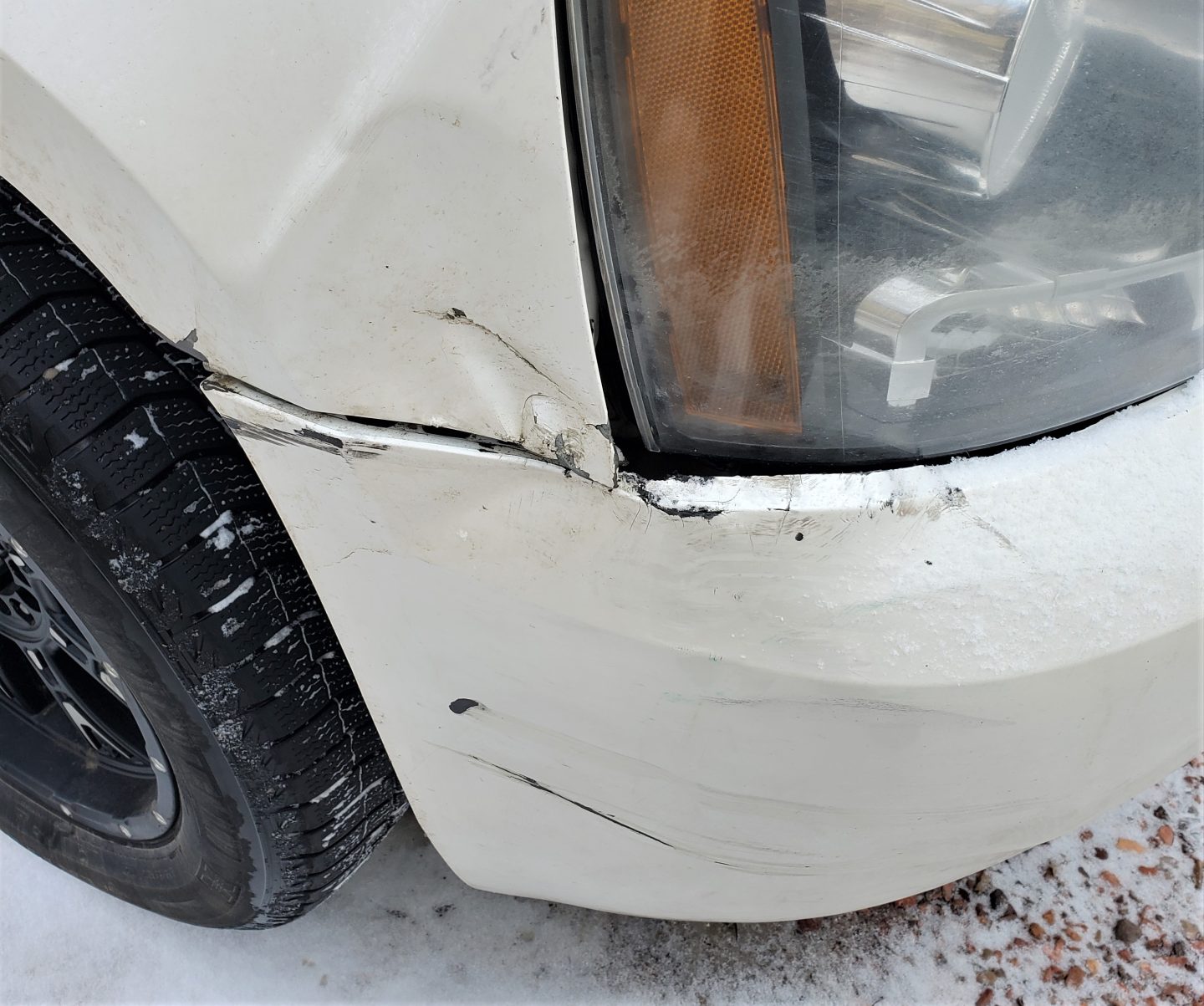 This !  Wonder what they hit..  ?  The right side fender and the front bumper cover will fix this… 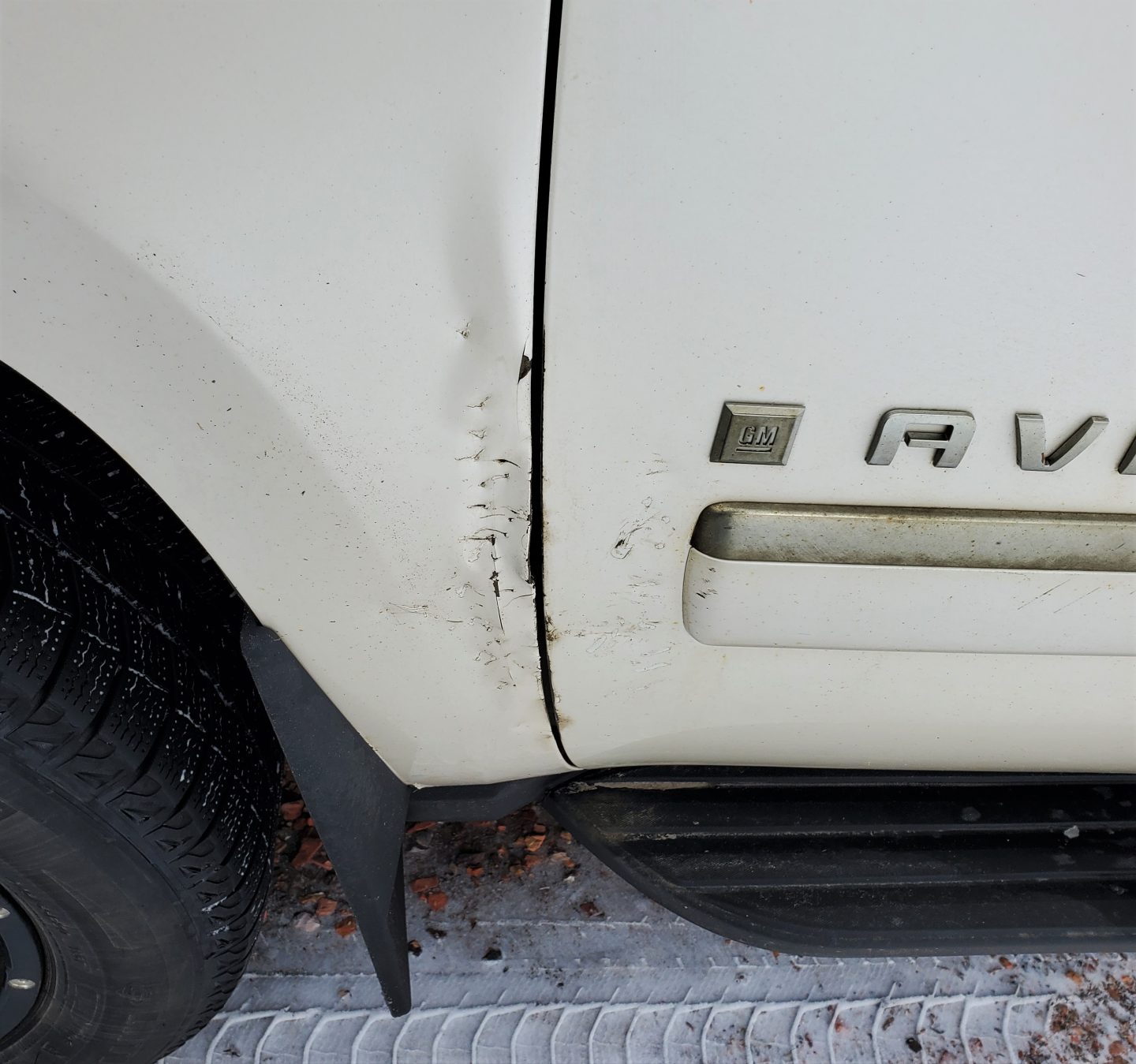 The left fender will make this disappear.  Unfortunately I can’t get the same color parts..  So some painting will be needed. 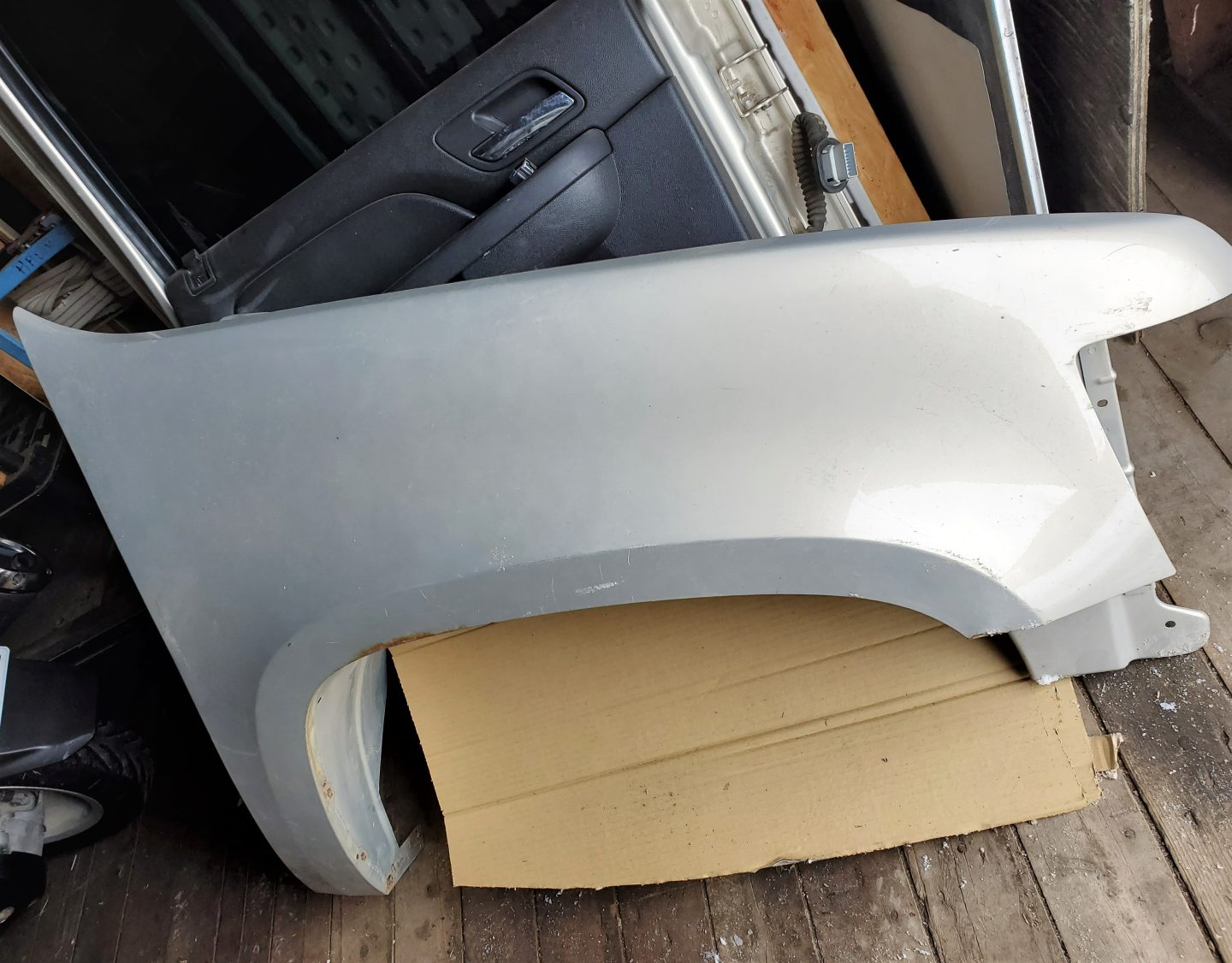 You know I don’t really need the pearl paint.. It’s very expensive. If I just settle for a nice off white  one step paint I could save a lot and do the whole truck.  For now I’m stopping the rust, and sealing it.  And for now it’s too cold for any body work.   SOOO I’m concentrating on the interior.  As I said I’m having the inside professionally cleaned.  That is happening today and tomorrow we will see how that turned out.  I have ordered the bit and pieces to repair the few things not right inside the avalanche.  Starting with the dash..  Wouldn’t you know it one of the cool things you can get is a new dash cover. 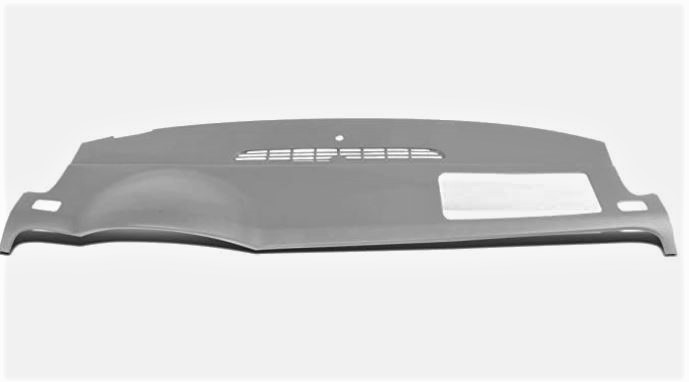 Glues right over the old one.  easy fix!  The other cool thing I found was a kit for fixing the heater controls.  The typical scratched off  finish on the most used buttons. 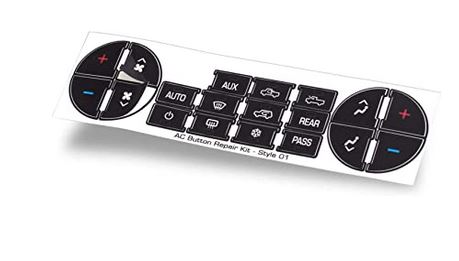 would ya look at that.. even if you found a Hvac control at a wrecker it would still look like mine and cost more than the twenty bucks for these.

Back from the detailing shop.. 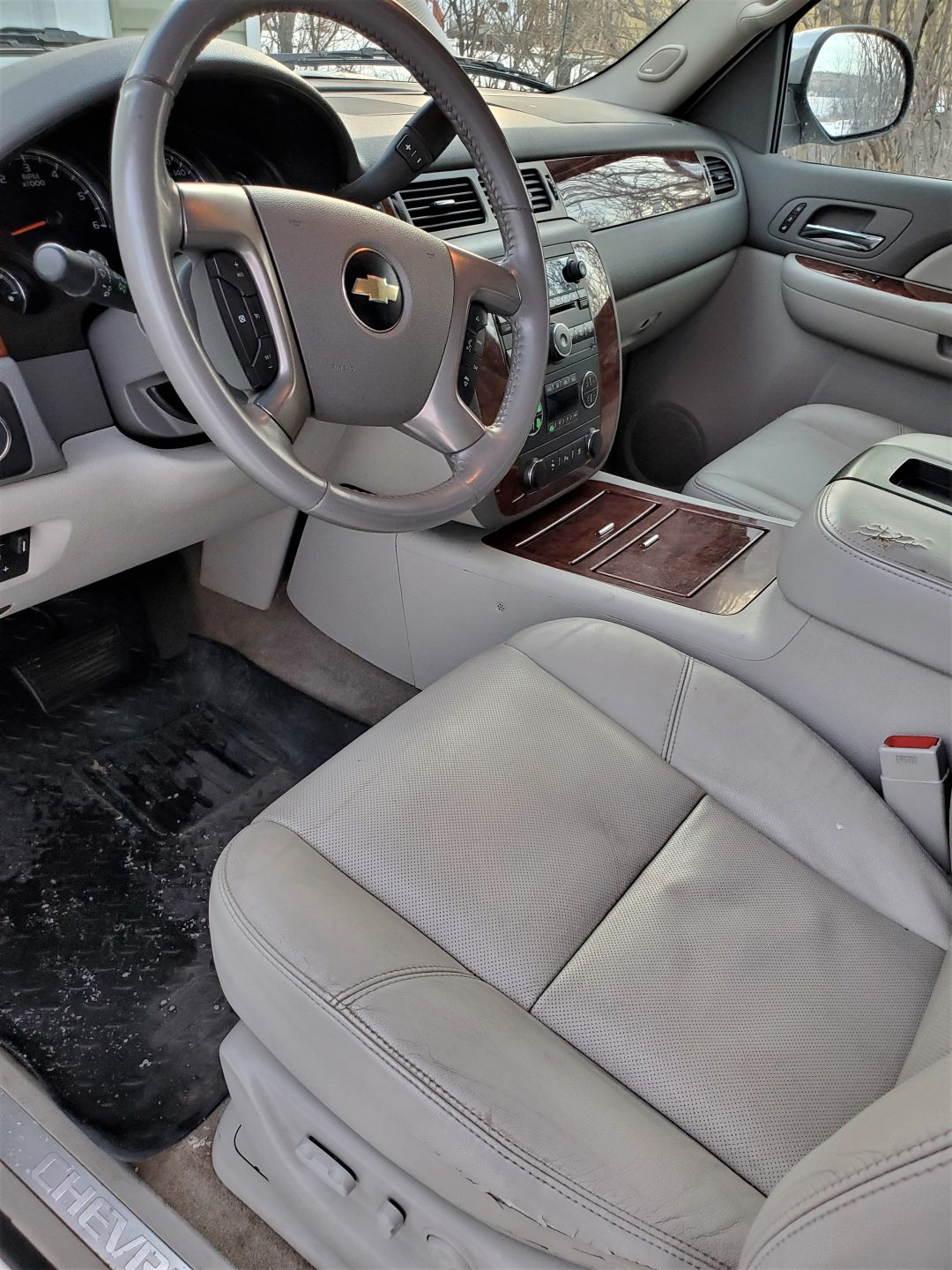 Well… it’s better .. he did a good job on the carpets..  But could have got the seats cleaner. 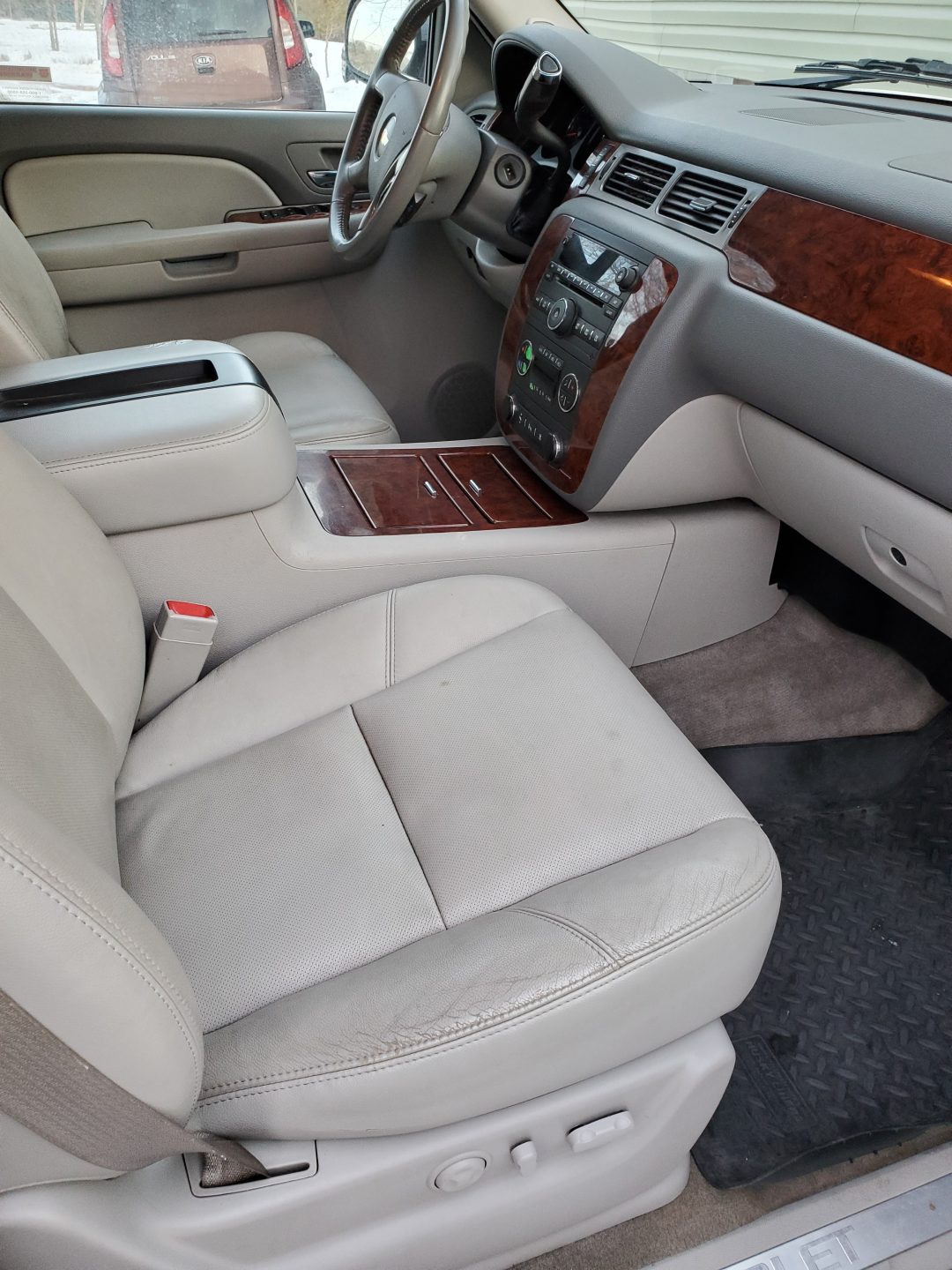 At least it smells nice.. More bits and pieces are arriving soon. The console lid, the dash cover.  And a new stereo system.. that will give me the backup camera.  I found out what the 12v plug in the console was for.. it powers up the two DVD players in the head rests..  Hmmm don’t need those so I left it unplugged. 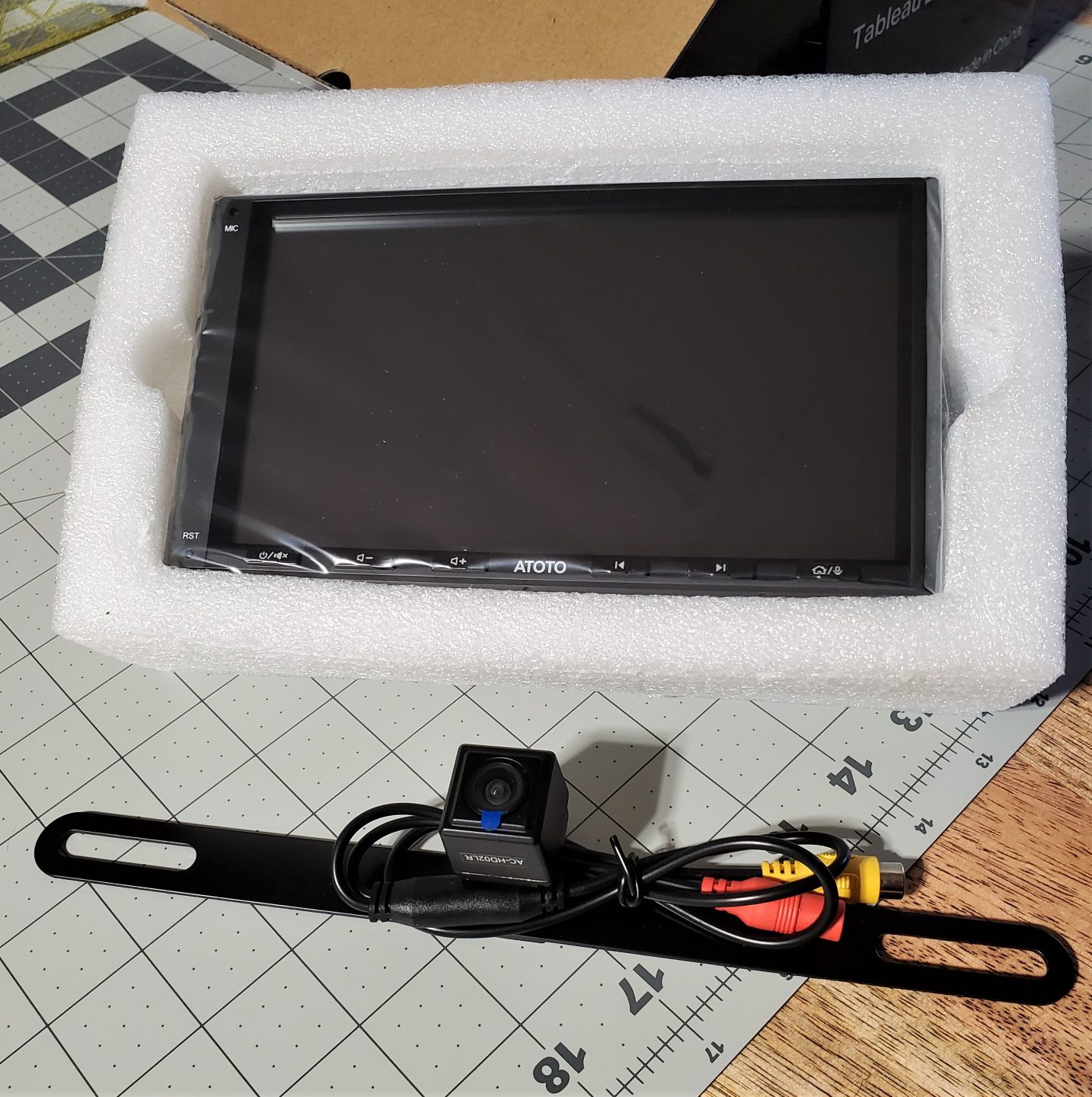 This is a media player.  It uses the Android operating system.  It does a lot of things, basically anything my phone does.  All I need still is the dash install kit and the GM interface module.  And some warmer weather.  This will bring the tech in this 13 year old truck up to date. And the “Loaded” term will apply.  Also had an inspection done and only found two small things to fix.  That will be done next week with a service.  I’m not worrying about the ride control anytime soon..  The Avalanche rides nice and the nagging message is not happening any more.  The weather is warming up….SOOO  let’s start a new page.