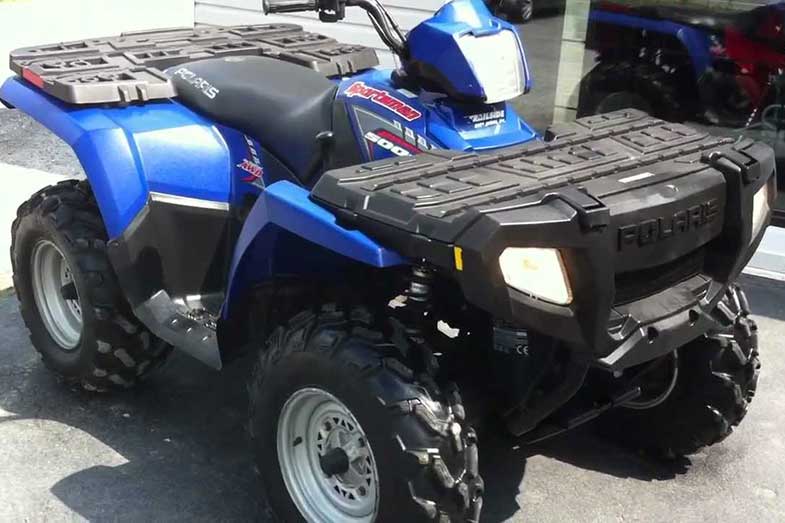 But the photo is the exact same as the one I found ..  the front plastics are off mine, but I have them. Soon the reno’s to the house that need doing will be finished.  And in the yard there’s nothing to do but clean snow.. ( if it snows).  The garage is keeping a nice temperature.. so ya I can work out there.  This popped up for sale and I jumped on it.  $600. for a fixer quad that is my favorite model and my favorite color ! Dam right.  This one was listed as a 2004… but clearly not.. Right above the Vin it says a manufacture date of 02/04/2005. Even the key tag says 2005.  Bought in Red Deer.  A bit of research tells me that this is an early release of the new Sportsman models.  A body style that went right through to 2011.  I believe it’s the first years that you will see EFI as an option. Plus the new shape for the head lights, and a trunk under the front rack.  If it says HO it’s still got a carburetor, like this one. 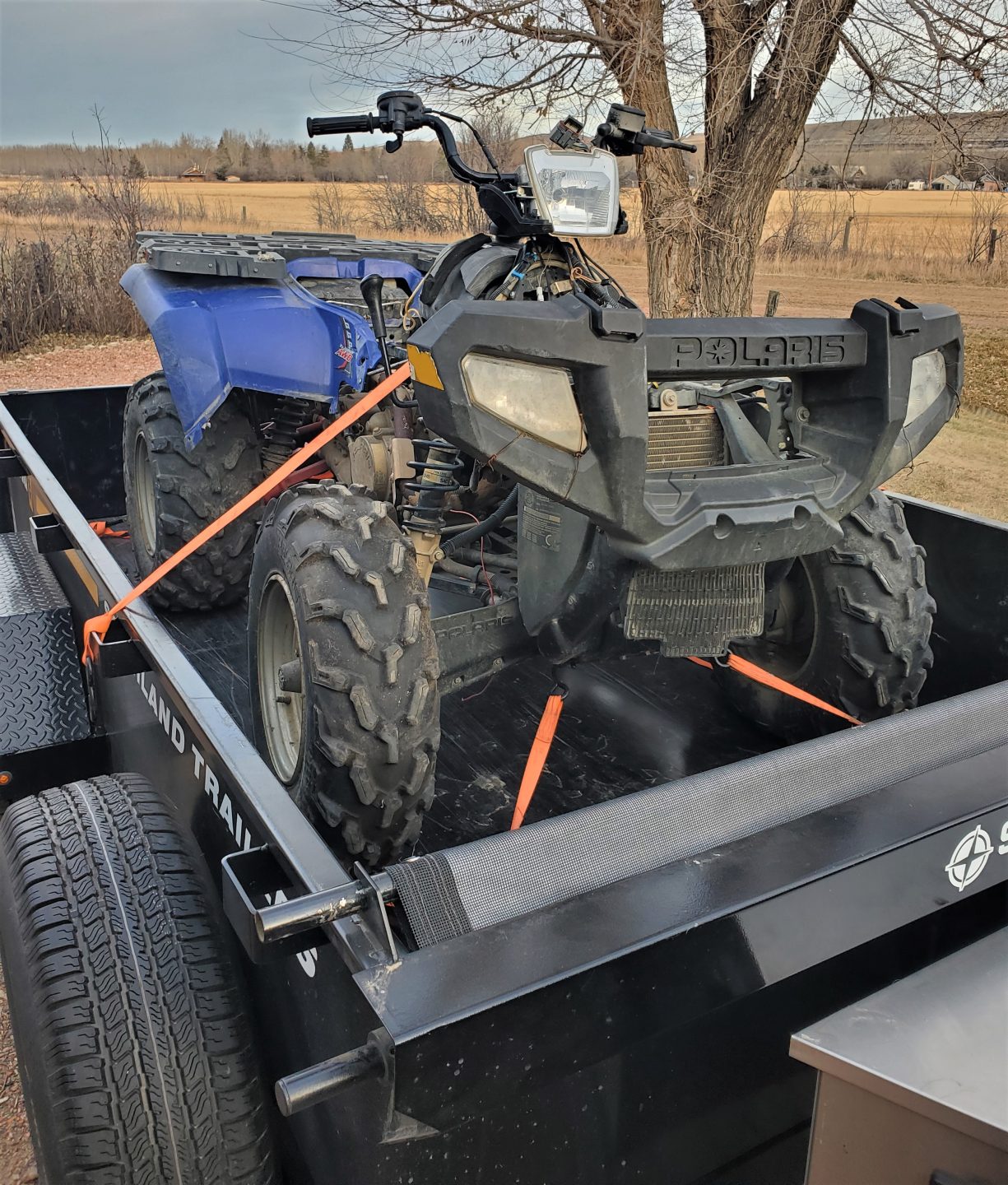 Not as pretty as the top picture..  But that will change.

Here’s what I know:

It wasn’t crashed…nothing is bent or damaged to suggest it was. The motor and drive line is fine.  I can’t start it because the problems are electrical.  But the motor turns over nicely.  There’s oil in the motor and coolant in the rad..  can’t see any leaks.  The plastics have a few cracks in the typical places.  Nothing that I can’t fix. However we are missing the two side covers. 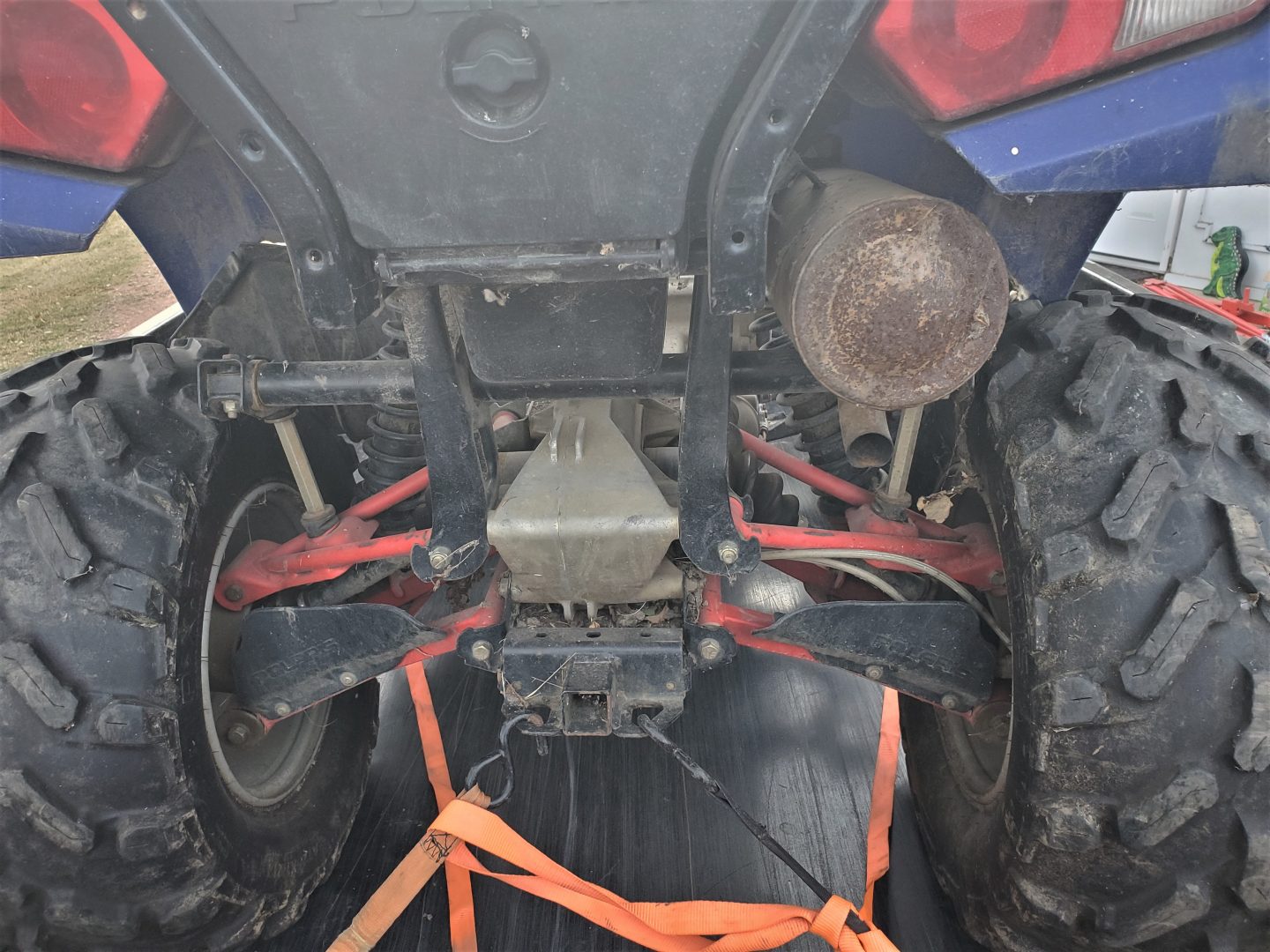 The tires are factory Polaris and not cracked and still holding air! Wow. Even the rims aren’t bent. I’m certain there will be things like bearings and brakes / bushings that will need attention, but not worried.  what is needed is repairs to the wiring harness. That will solve the problems that I will explain later.  For now I’m giving it a bath and storing it until I clean up the garage and finish in the house.

It’s full on December now.  The work in the house is done and Winter is here …maybe not officially, but it’s snowy and cold.  I’m making room in the garage for the Polaris.  I have one of the missing parts , the CDI.  The surepower ECM is on order and who knows when that will show up.  Those two things will get the electrical system up and running. 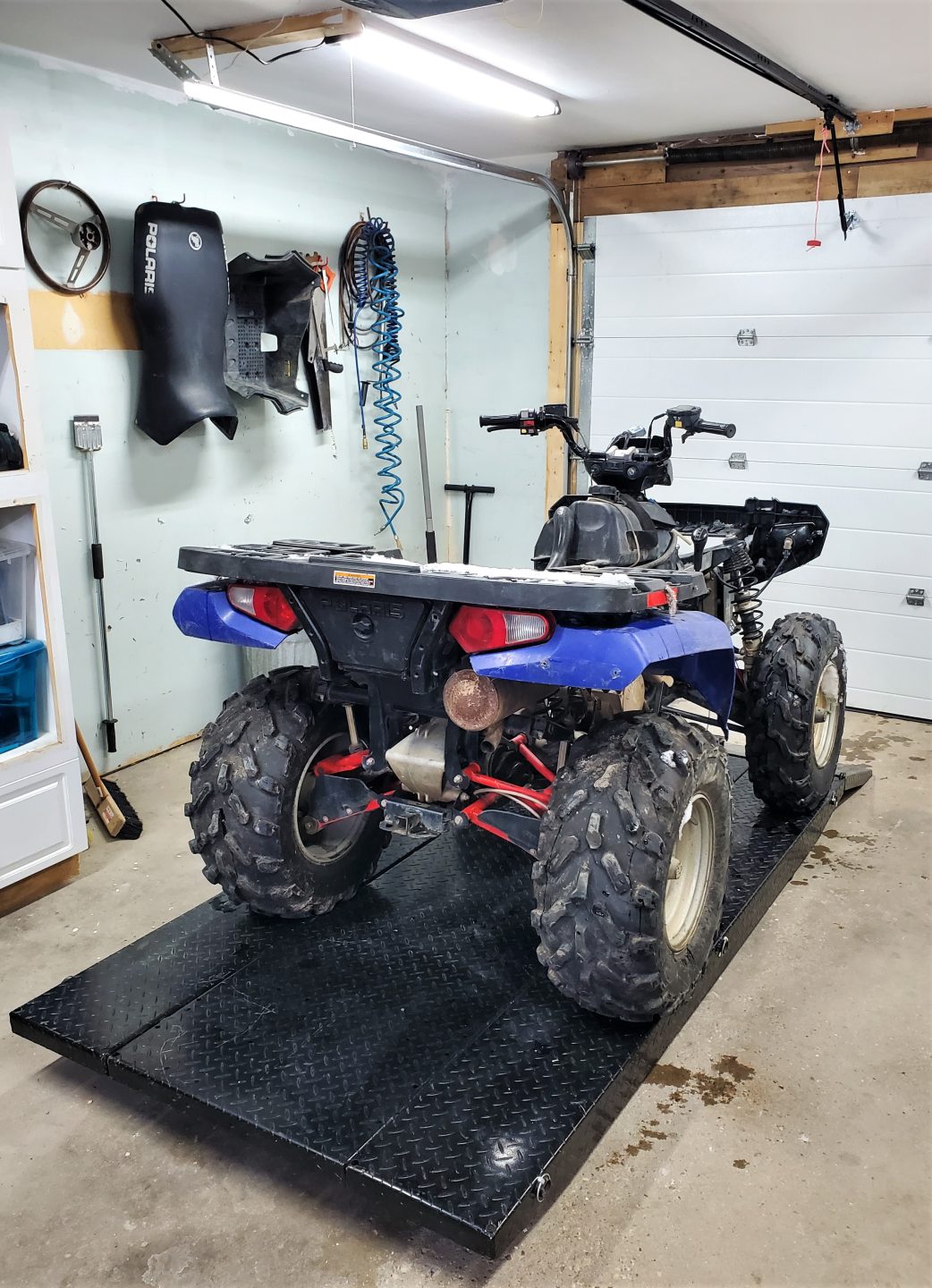 Here it is ! In the shop and on the table.  Still waiting for the ECM..  but I’ll remove the rear plastics. Makes it easy to get at things..  And they need cleaning and repairing too. 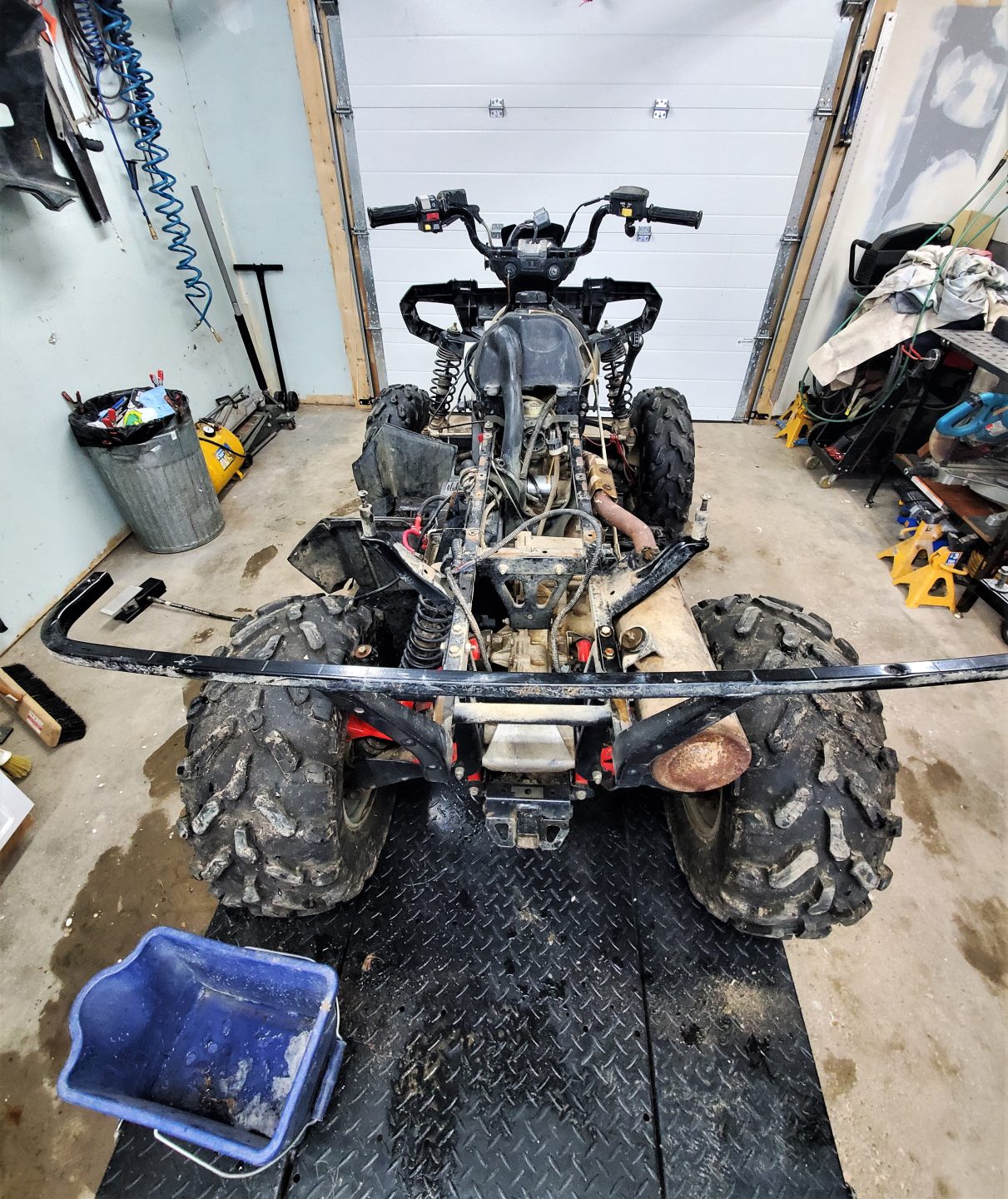 Wow…no damage to the frame.  Everything is straight.  I have found one broken wire and the left front brake caliper is hanging from a wire !!  It looks to be ok just missing the bolts to hold it on..  Fairly sure that this quad was stored outside..cause it’s dirty.  But there’s other things needed… Here’s a list …and this could grow.

As well..  I’m going to replace all four wheel bearings.  Change the oil.  While I wait for parts.. I’m going to clean and repair the plastic body parts.  So we have some  Plastic Welding to do…  Page 2