I would like to go on record as saying this was a great summer… even though I had to work through part of it..  The weather was great.. there was enough rain to keep the fire thing under control..  There was little to no bugs.  And it really did not get too hot. 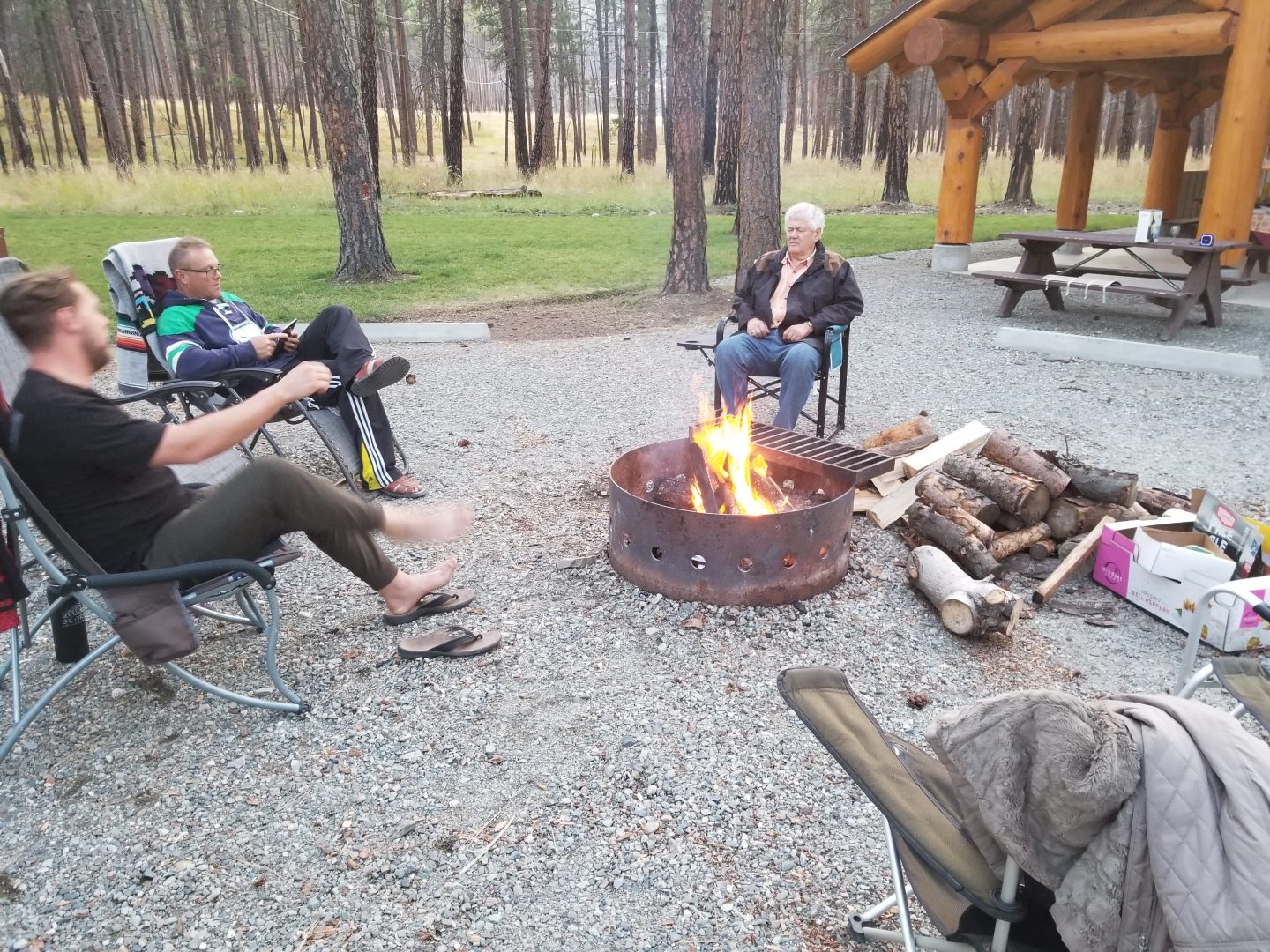 Plus we could have a real campfire .. and that’s been many years without.  Our group site has gone through a few changes in the past few years…  For the better!  we now have 30 amp power for eight .. A new shelter ..  But on the down side we have neighbors in Group site 2..   Can’t have in all. 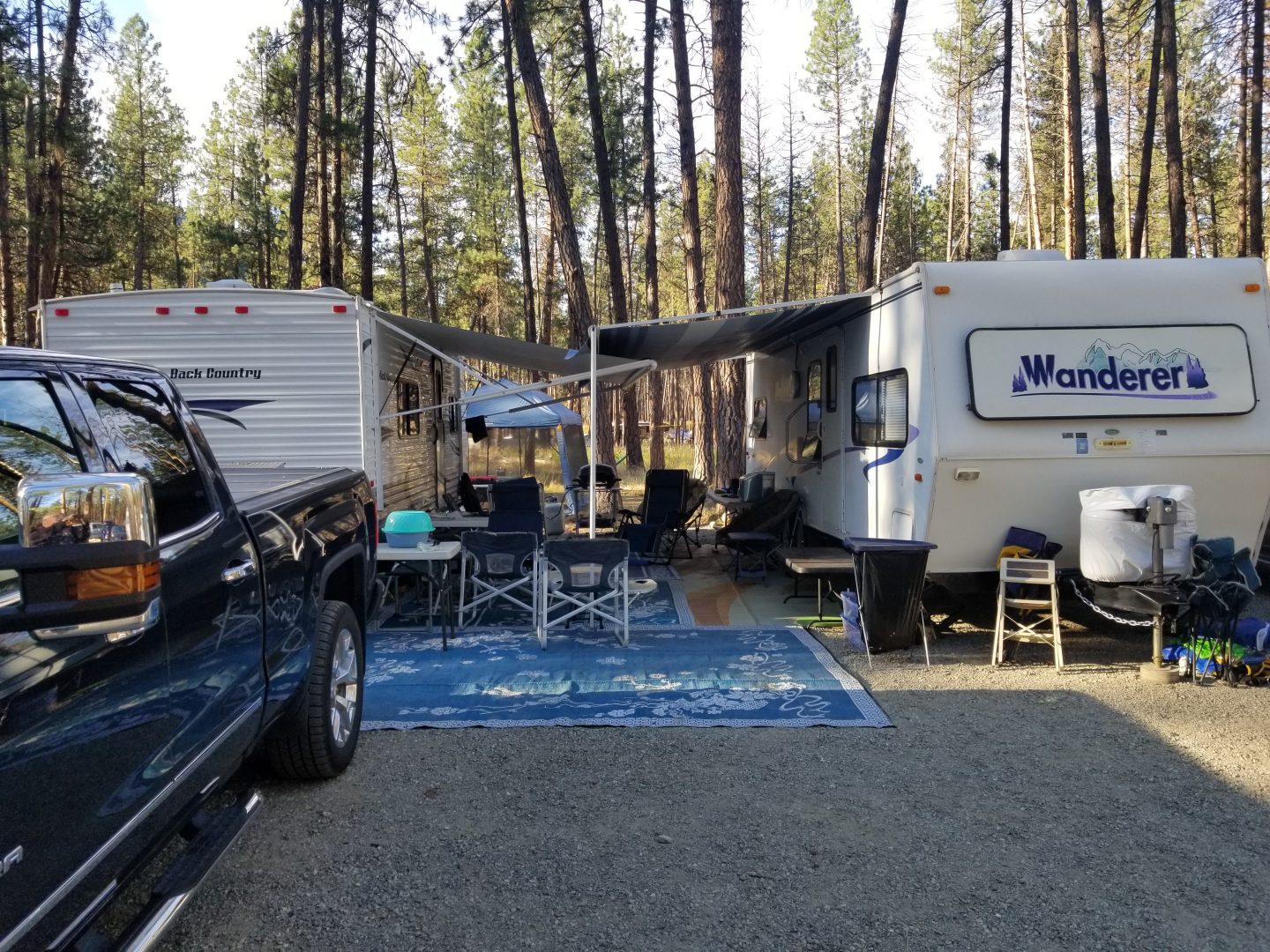 As for our little chunk of the site…  We get our usual set up… with some big differences in the form of RV’s  Dave & Judy have a new trailer, a bit smaller.. but very nice.   Plus this spring we decided to sell our big Fifth wheel and I found an older ( 1999) but very nice 26 ft trailer..  ( Wanderer on the right) .  worked great.. very comfy.

And earlier this summer I sold my big white Chevy and bought this 2003 Avalanche ..  Love these and this one is in awesome condition.  This is the 4 th Avalanche I’ve owned..  And maybe the best one yet..  Pulls the trailer and is friendly enough to use around town..  We even took it on our trip to Alberta in August…  was so nice.  So those are some big changes..  but we actually  spent less on these … so money in the bank.  I’m only working one day a week now.. so we’ll say I’m mostly retired again.  Good thing cause I’ve lots to do this fall.   Projects … like a new trailer.. long enough to hold two Side by Sides.  Custom built by me from an old travel trailer.  It will be handy for when we go Hunting / Camping this October.