This is a new project for the winter !

Not mine but same model…

Arriving in the shop a tad early for winter.. however you wouldn’t know that when you look outside.  We got a pre – winter blast of snow..  about 4 inches.  Enough to play havoc on the roads and catching us off guard.  I came home from camping early and avoided all the problems..  Some were not so lucky.   Any way back to the JD..  It was a trade..  Back in 2018 I bought home a Cushman front deck commercial mower.  Powered by a Kubota Diesel motor.. It’s the diesel that made it all worthwhile and taking a chance.  Did not know if it would run .. needs a bunch of work..  But it came with a few attachments .. snow blower , mower deck and a scoop bucket?

Dave and I tinkered with the motor when we got it home this summer..  It was almost seized.. we managed to get it turning… and very briefly had it running. so long as we poured fuel down the carb.  Fairly sure that water got in through the open air cleaner and into the cylinders rusting the rings. There is water in the oil and the carb needs a good cleaning …for sure the fuel shutoff solenoid is rusted shut .  Bad fuel won’t help either.  And the first thing is to get it running . 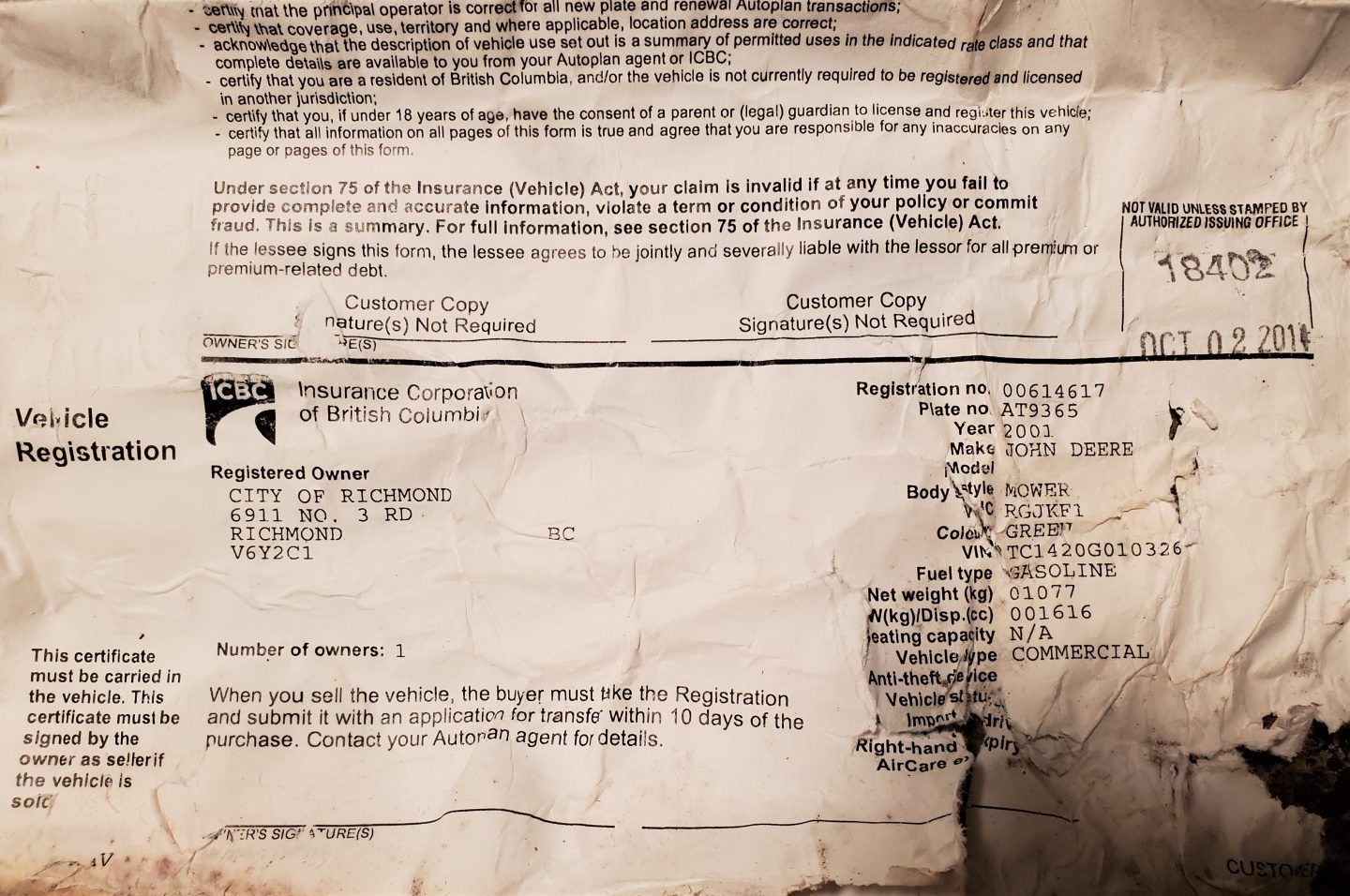 AH HA !  tucked into one of those document tubes used on trailers..  Look what I found..  Proof !  2014 wasn’t that long ago.  This puppy was roaming the parks and other grassy areas of Richmond, BC.  Cast aside for newer fancy one I bet.  Parked in the back lot … un loved and destined for the auction.

Look what I found !

I couldn’t for the life of me understand why there was this ring around the fuel filler.  And what looked like a satellite radio antenna.  So I removed the front cover from the steering / dash pod.  ( needed to get to the warning lights )  And I find this all wrapped up. 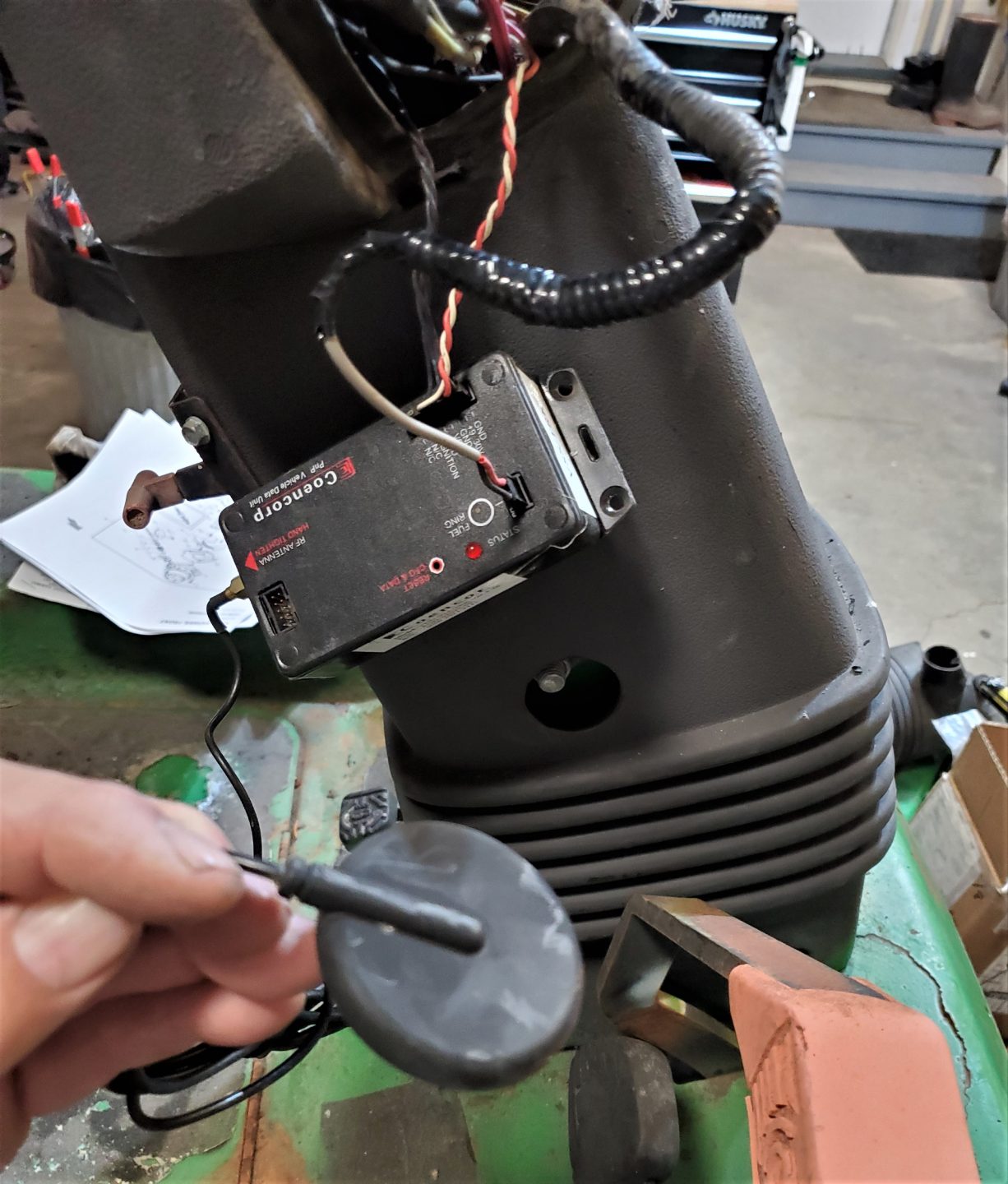 GPS tracker ?  nope.  Looked it up.. It’s a fuel usage monitoring system.  Transmits data to someones computer just to track how much fuel is being used.  Seriously ! why not just keep a log book at the pump ?

Think of the money spent on installing and signing up to this tech company for every vehicle in the Richmond fleet …  wow.  I’m sure these aren’t free..  Why not remove it to use on another machine.  Waste waste..

So let’s start a new page as we get to healing the motor….