That makes the little guy mine..  OR.. Rob’s creative corner..  where I “pimp” my ride.  I’ve already done some “pimpin”  like the keyless locks, the new stereo.  But.. I’ve got all the supplies to build a covered canopy for the back.  Also I’ve got a new winch, the wiring and the metal for building a plug-in winch / bush bar. 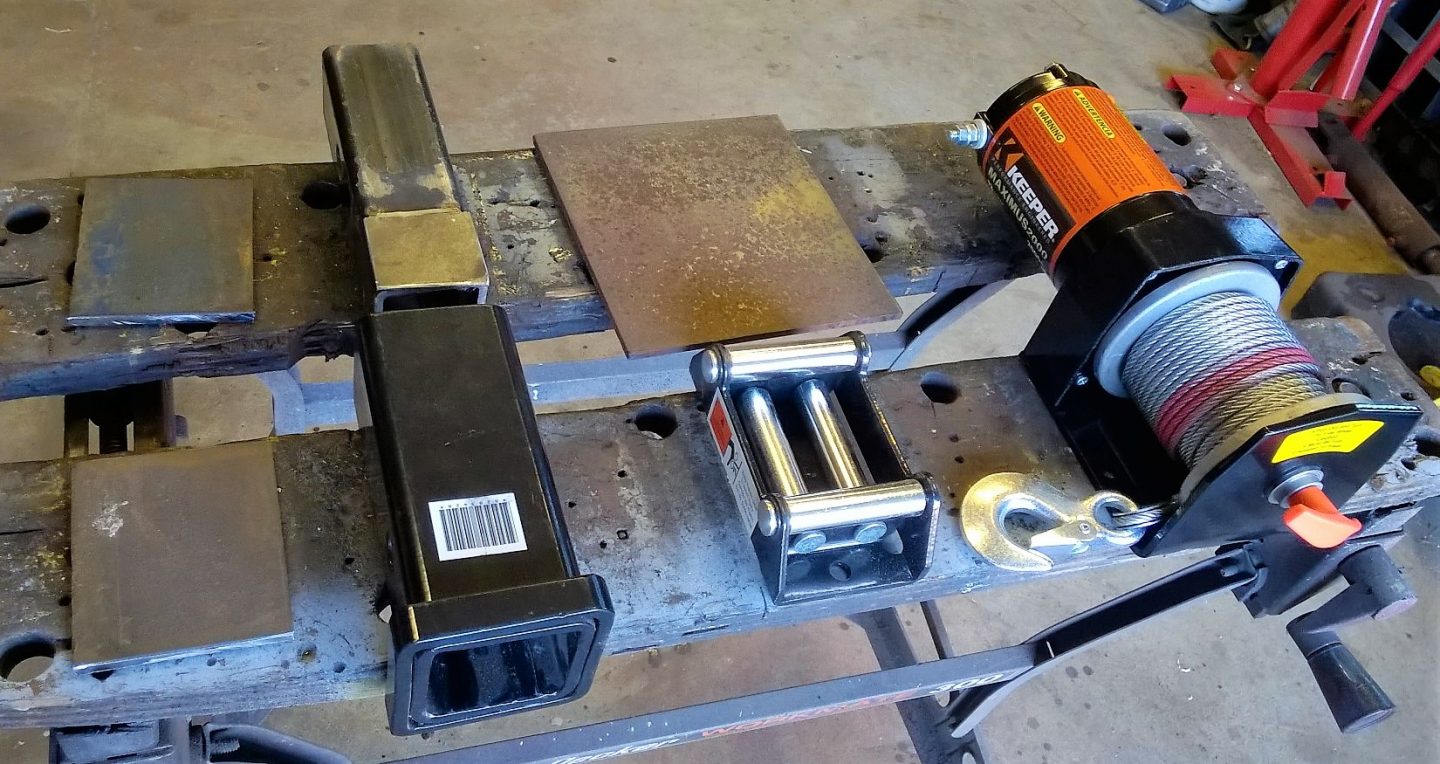 Here’s is some of the stuff for the winch set up.  The winch will be mounted to a hitch extension.  This allows for a snow plow to still be plugged in..  or whatever ?  This winch could be used on any vehicle with a 2 ” receiver.  It will be operated by wireless remote, and just needs power. 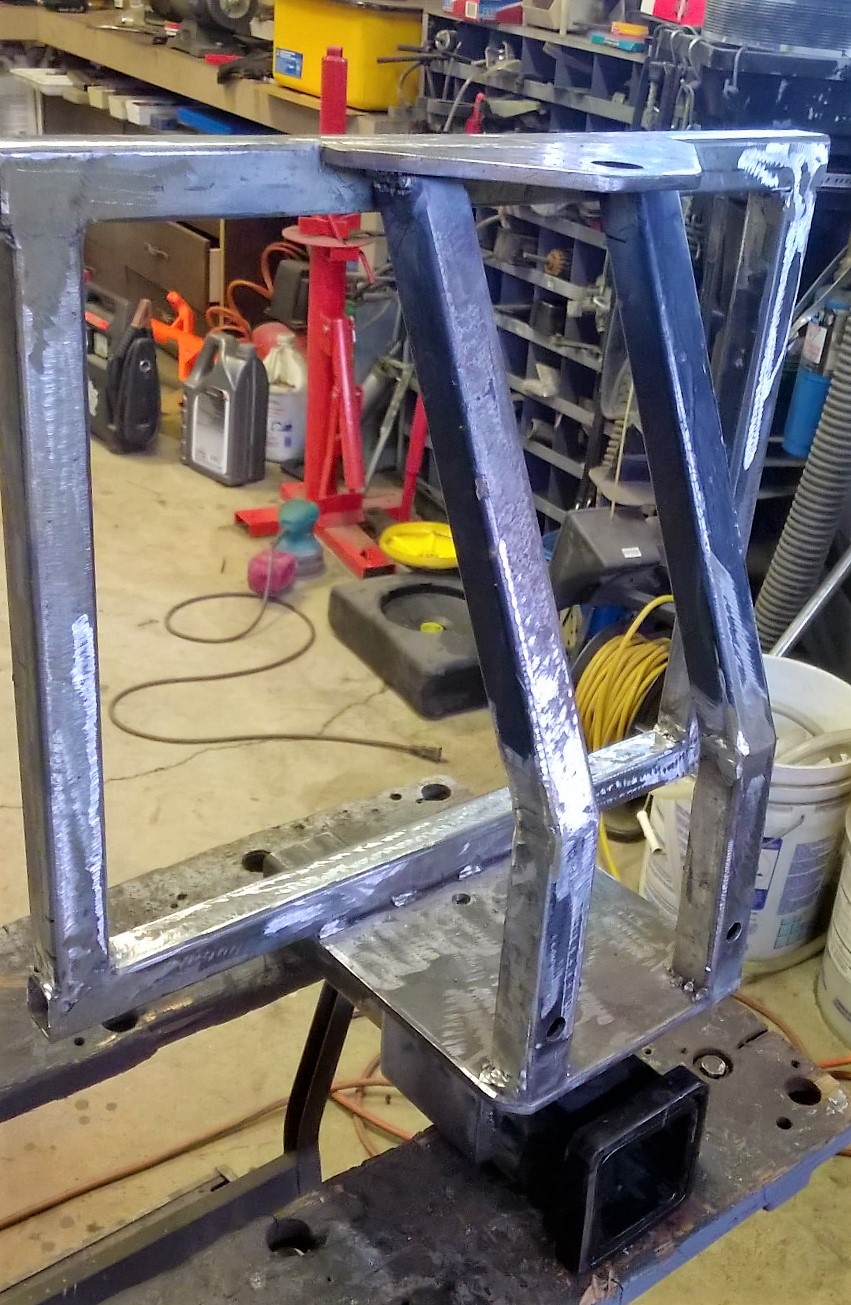 And this is what I’ve come up with.  looks a bit strange, but it’s designed to ….  1 – not hide the front license plate.   2- not sick out from the truck any further that necessary.  3- bush bar side extensions are plug-in and can be removed.   The roller fair head mounts to the front, and of coarse you can still plug in a hitch.

Well I’ve put about 100 or more kms on the little bugger..  and there is a tiny oil leak .. I think from the oil filter..  Everything was on hold while we had our Camping / family reunion..  And the Carry was there..

But not pulling the fifth wheel..   Before I get back to finishing the Carry up..  I need my little trailer built so I can fetch tractors with the Carry..   So I’m pausing to do that …      Tilt Trailer Bolg

So I’m in no hurry to do those extras like the winch..  I’m using the truck every day for work..  I’ve done a new oil change and that fixed the little leak.  Checked the timing , the hoses.. everything is good.  And it’s running good too.   This weekend my little truck will be in the car show at the City Park.. 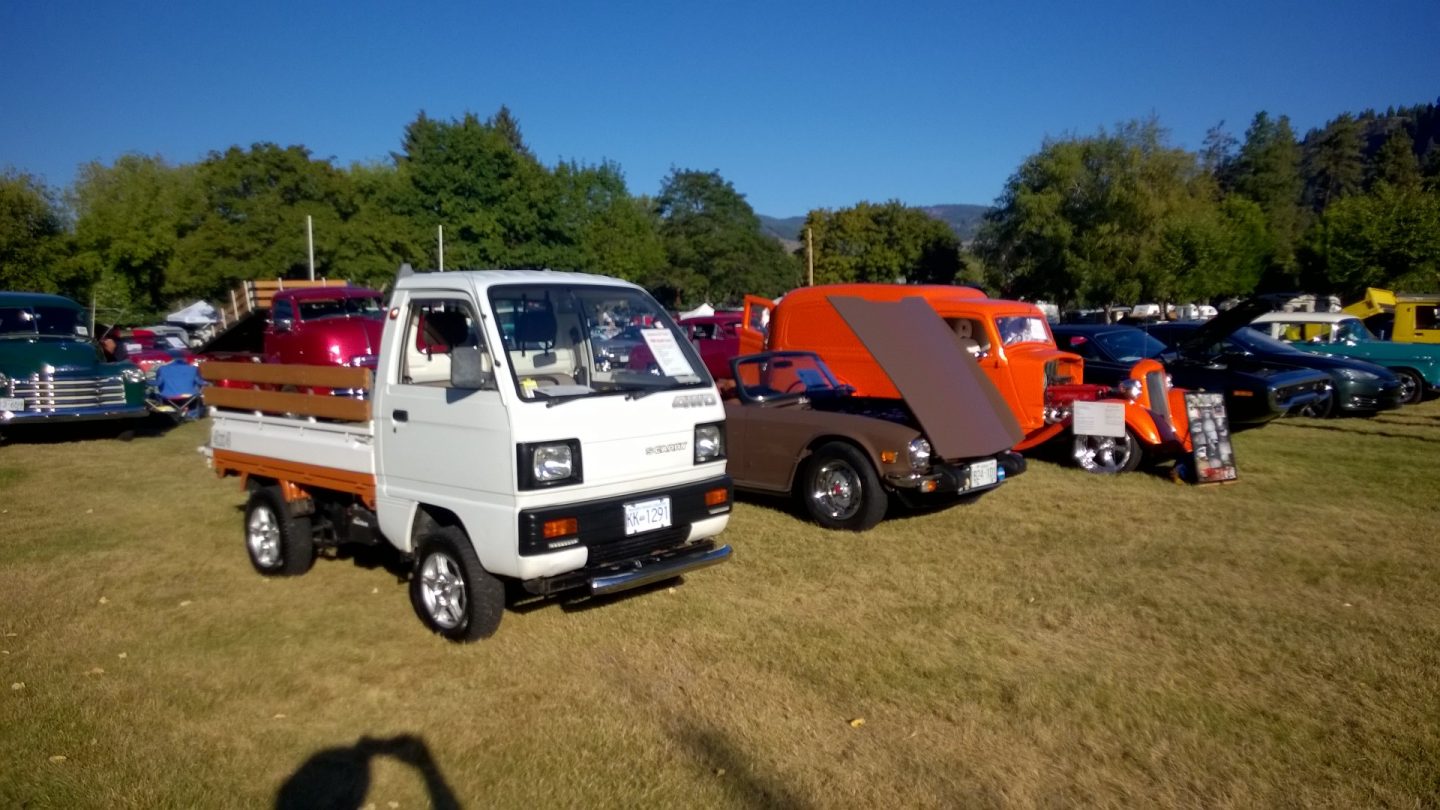