Work on the BOX:

Time to improve the box… 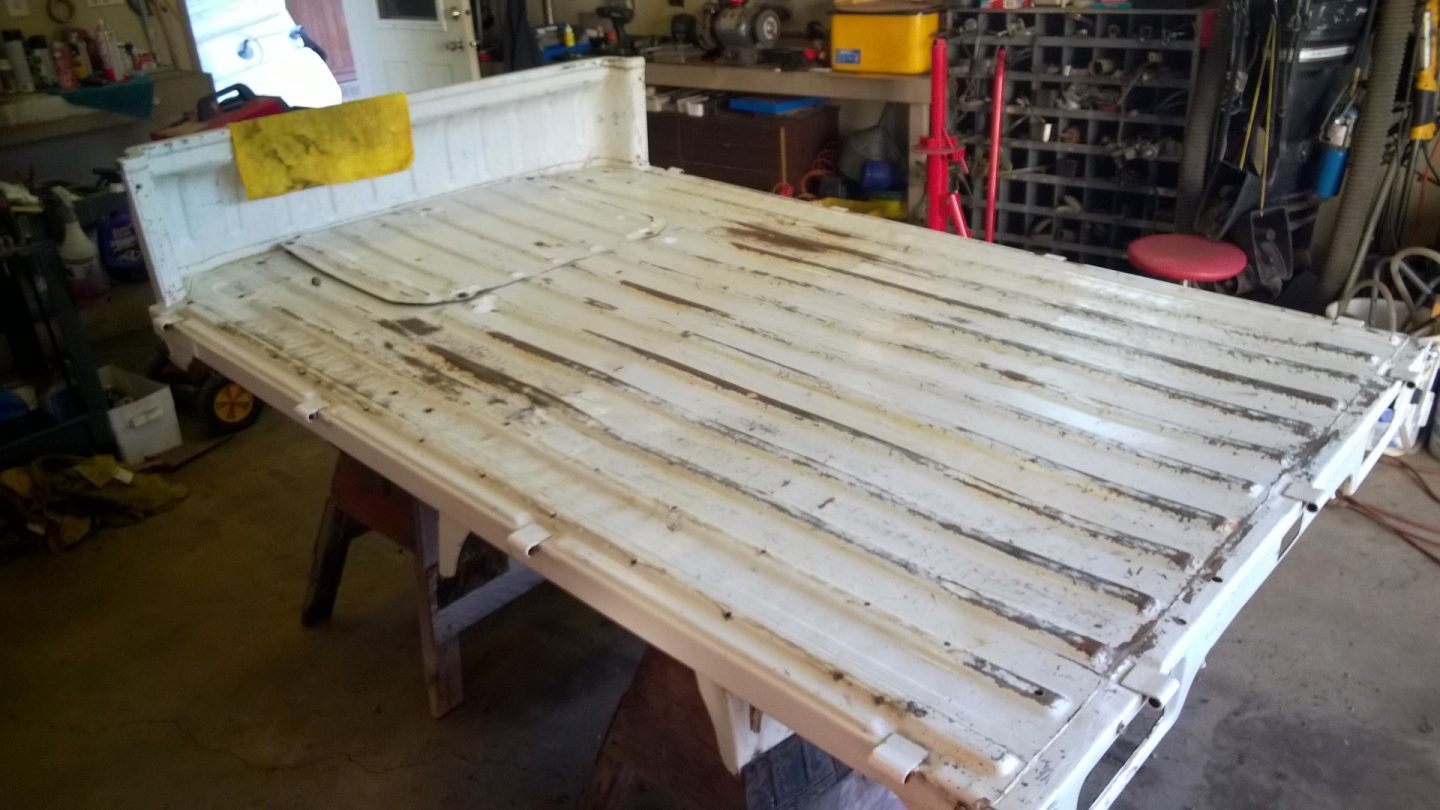 Well here it is..  with the tie – down rails removed.  First thing.. weld the many holes up.

On the first page I had a mock-up of what I would like to see.. Since then I worked on the plan a bit more.  And of coarse the frame ended up black.  But I still would like some gray too.  So the head rack, hitches, winch mount and stake pockets will be grey.  The bottom of the truck will be Orange as planed.   Like this…. 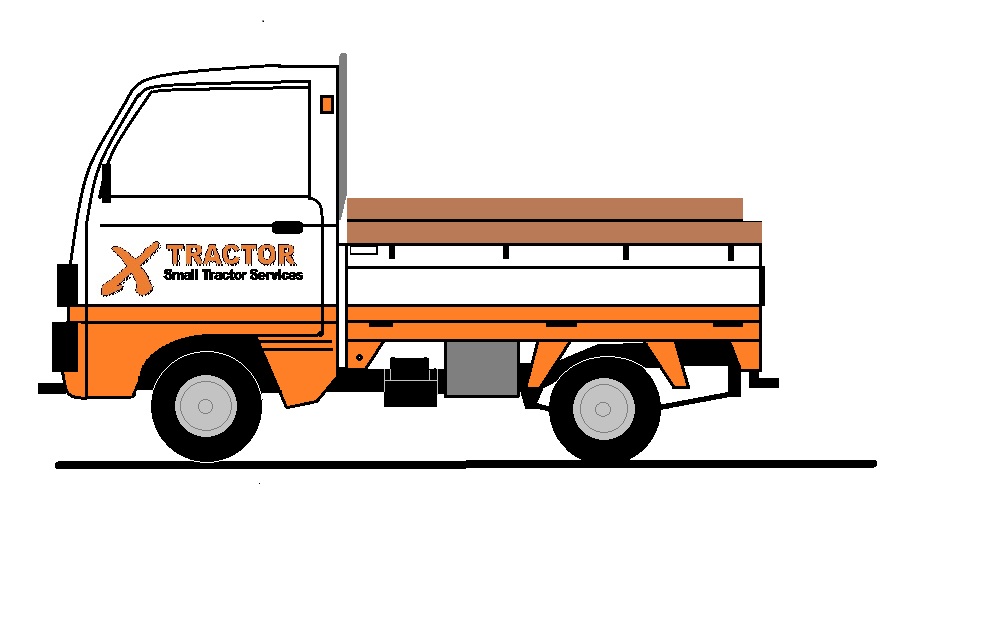 The plan is to build a removable winch for the front that incorporates a bush guard.  It could be moved to the rear as well if needed there.  The winch will be wireless remote.  Better get back to working on the box.. 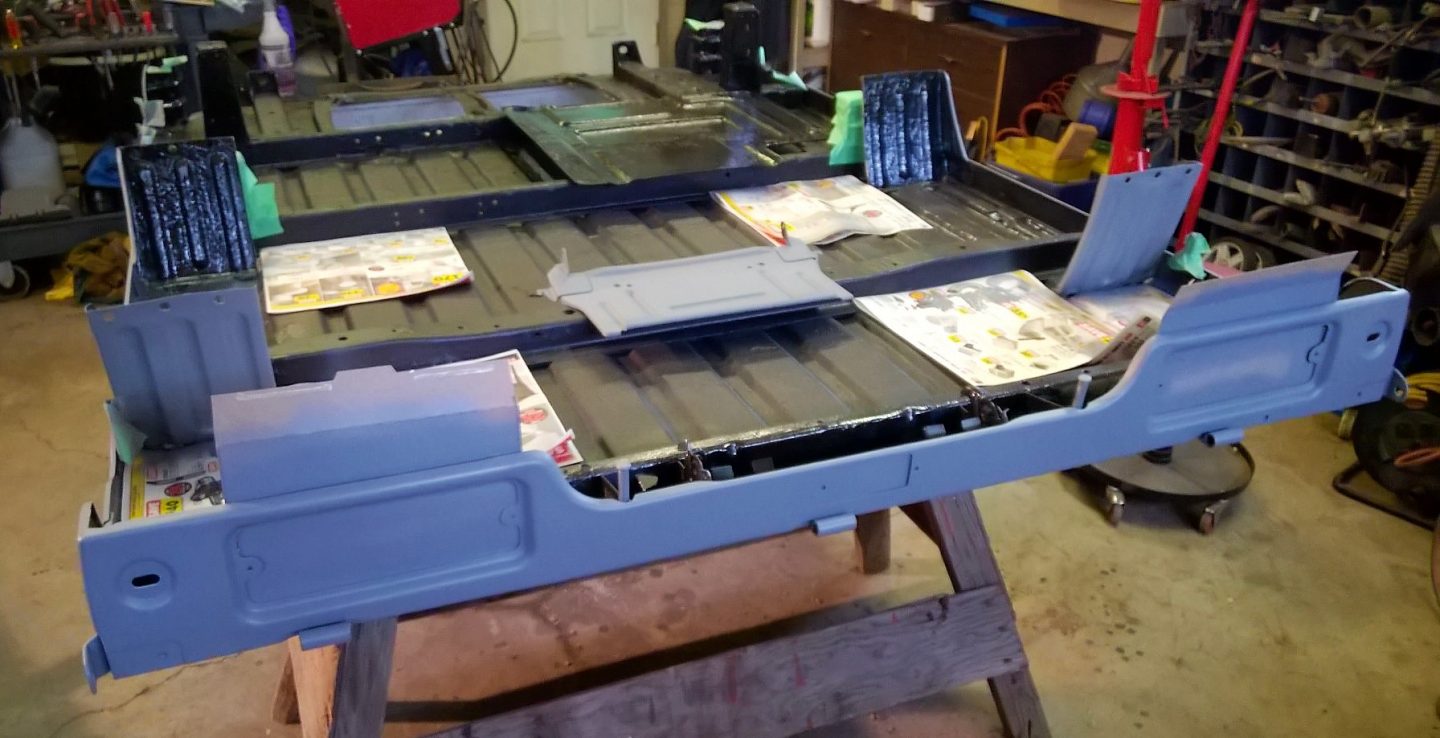 Using a combination of Por 15 and undercoating, I sealed up the underside.  In the photo you can see I have primed the parts that get the orange paint. 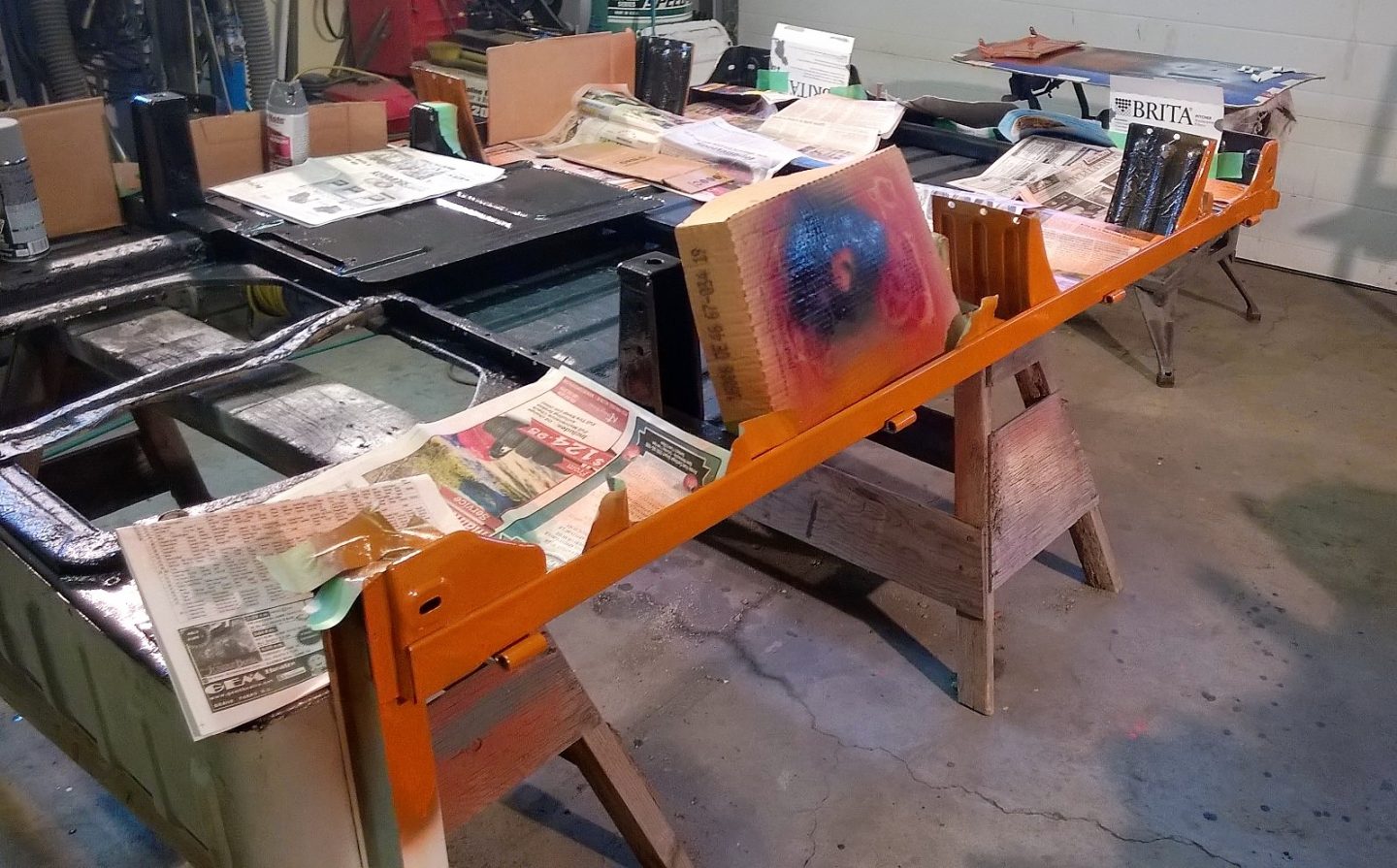 And this is the first coat of orange.  I will flip the bed over to second coat.  The weather was not cooperating ,  It was cool and the paint took forever to cure.  so it’s an overnight job now.   also the paint is very thin for covering..  even after 4 coats you can see through it.  Very frustrating. 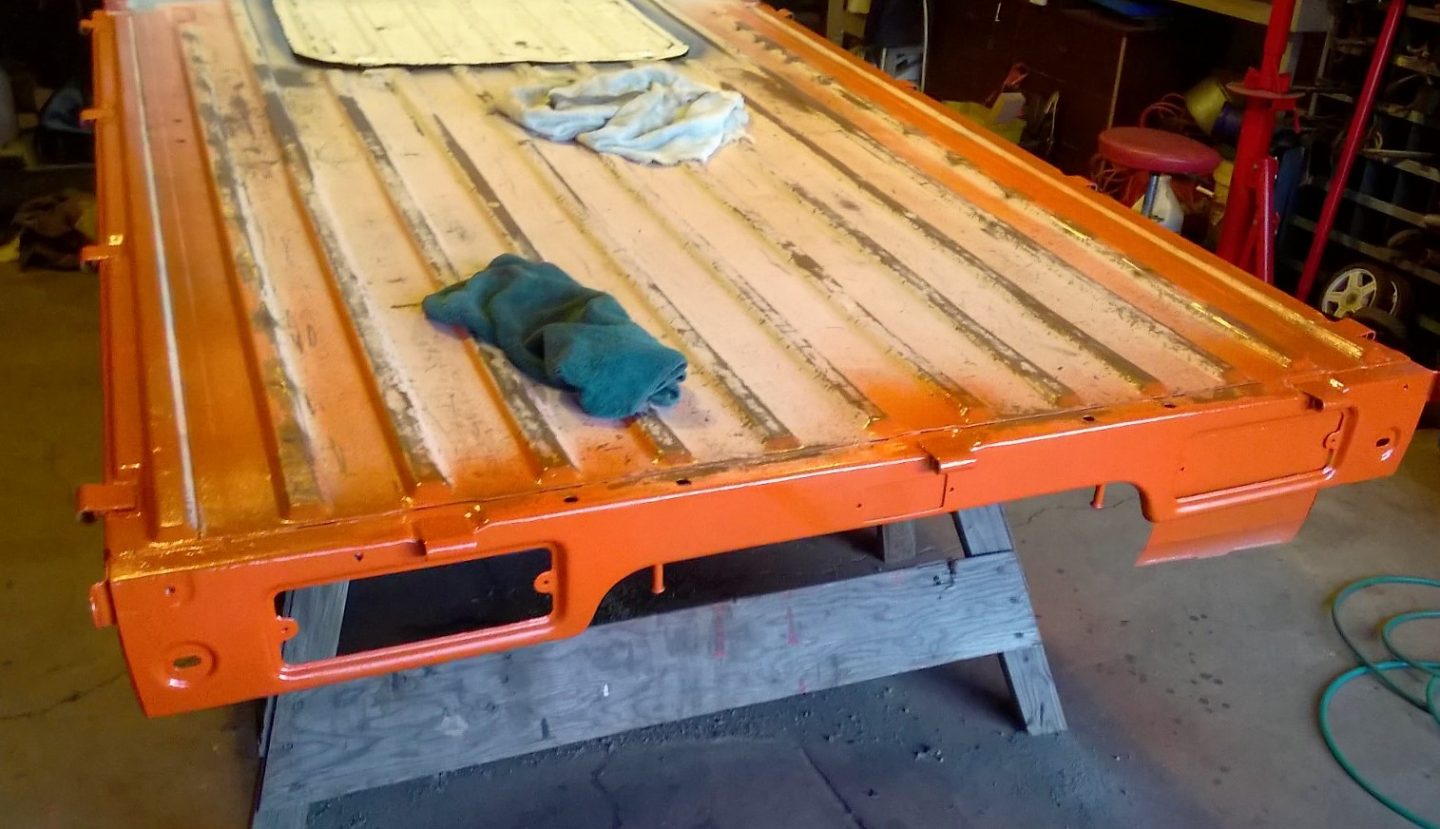 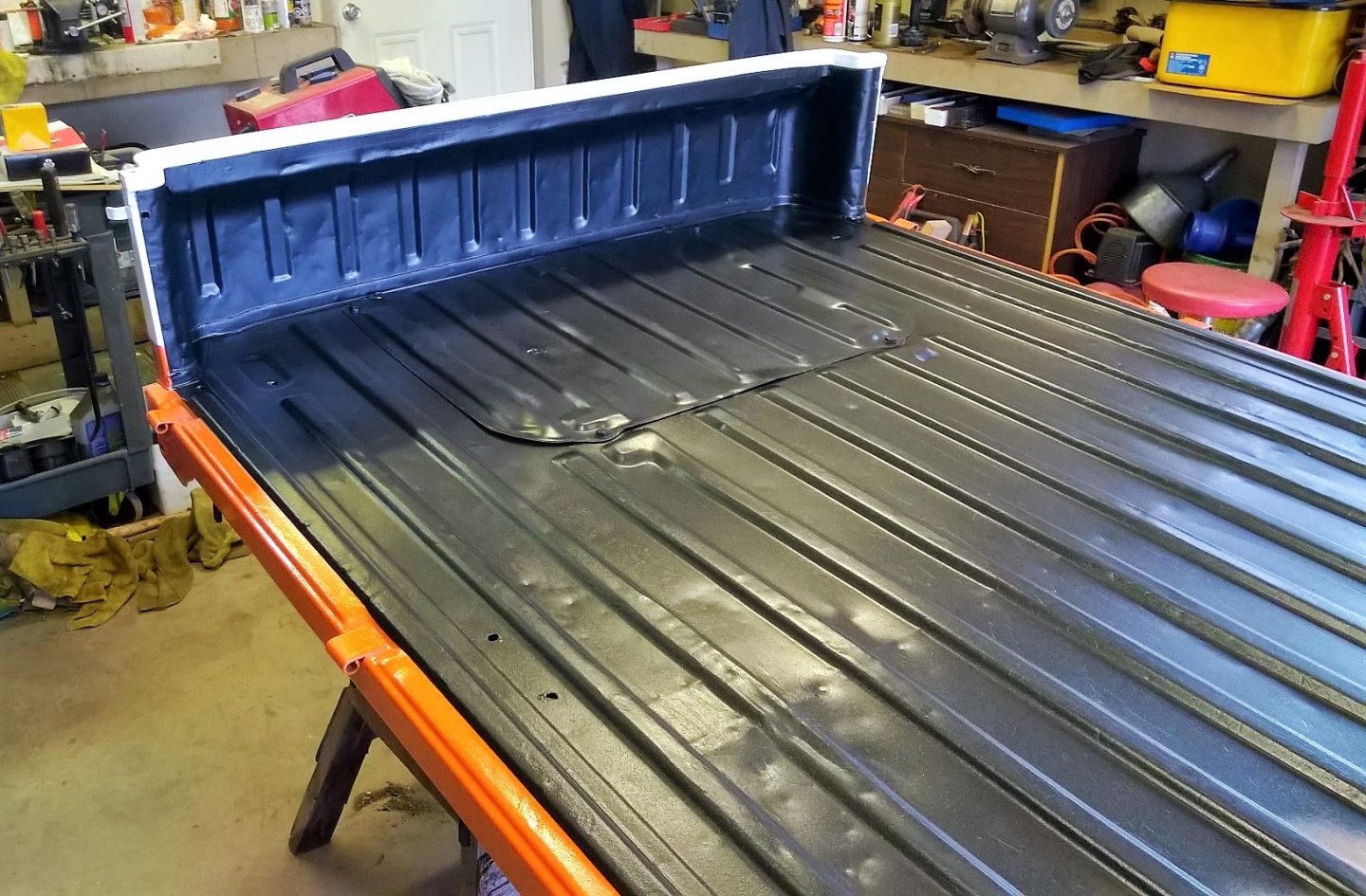 I’m using spray on box liner that comes in a spray can..  it’s great stuff, and I can do the job quickly.  I did run out with only a small patch left to go..  GRRR.   Off to get another can. 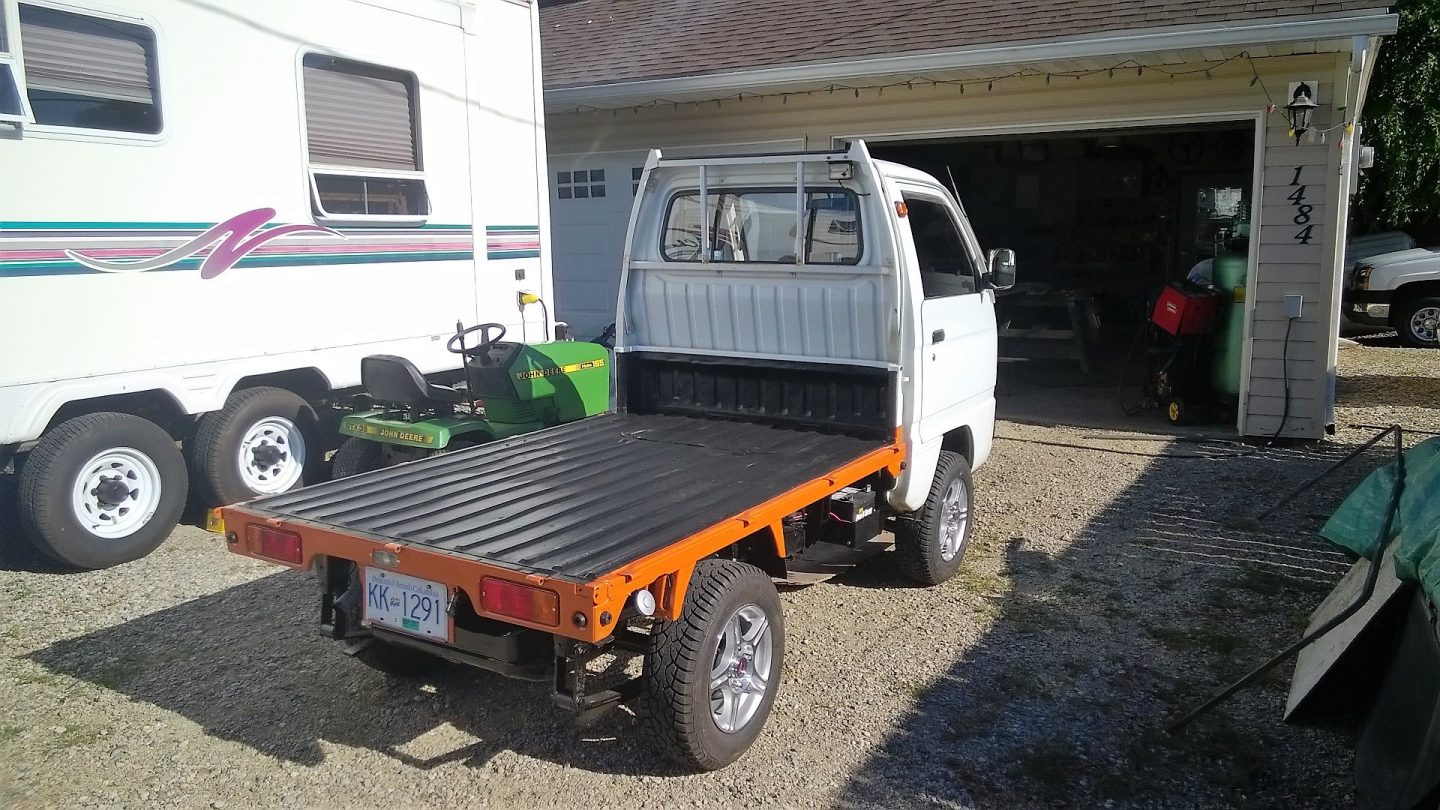 With the bed of the box done.. we got busy and put it back on the truck.  The wiring was all improved and a new trailer harness was installed.  I’ve drove it around a bit and it seams the smoke has cleared.  Once the rings and other bits get seated in this should be the case.  I still hate the orange paint job on the side of the bed.  I’m switching over to good old enamel paint.  And I’m taking the time to brush it on carefully.  Same for the orange.. I had a quart mixed to a bit lighter orange, and that’s what is going on the truck… by brush… carefully.. 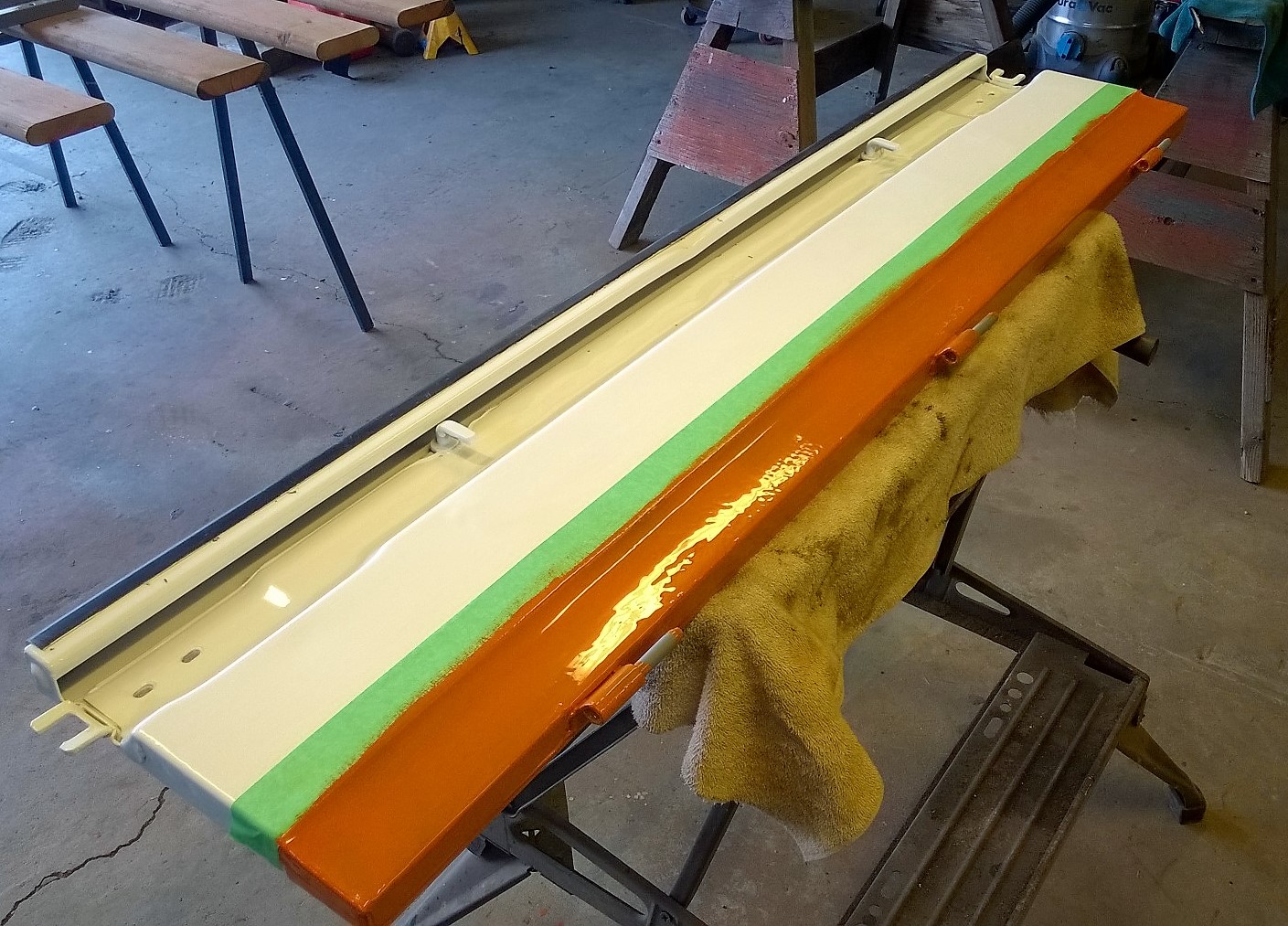 Here’s the tailgate with the first coat of orange.  The white is done, three coats.  I have also taken most of the dents out..  so it’s looking good.   I’m thinking a black pin stripe dividing the orange and white. 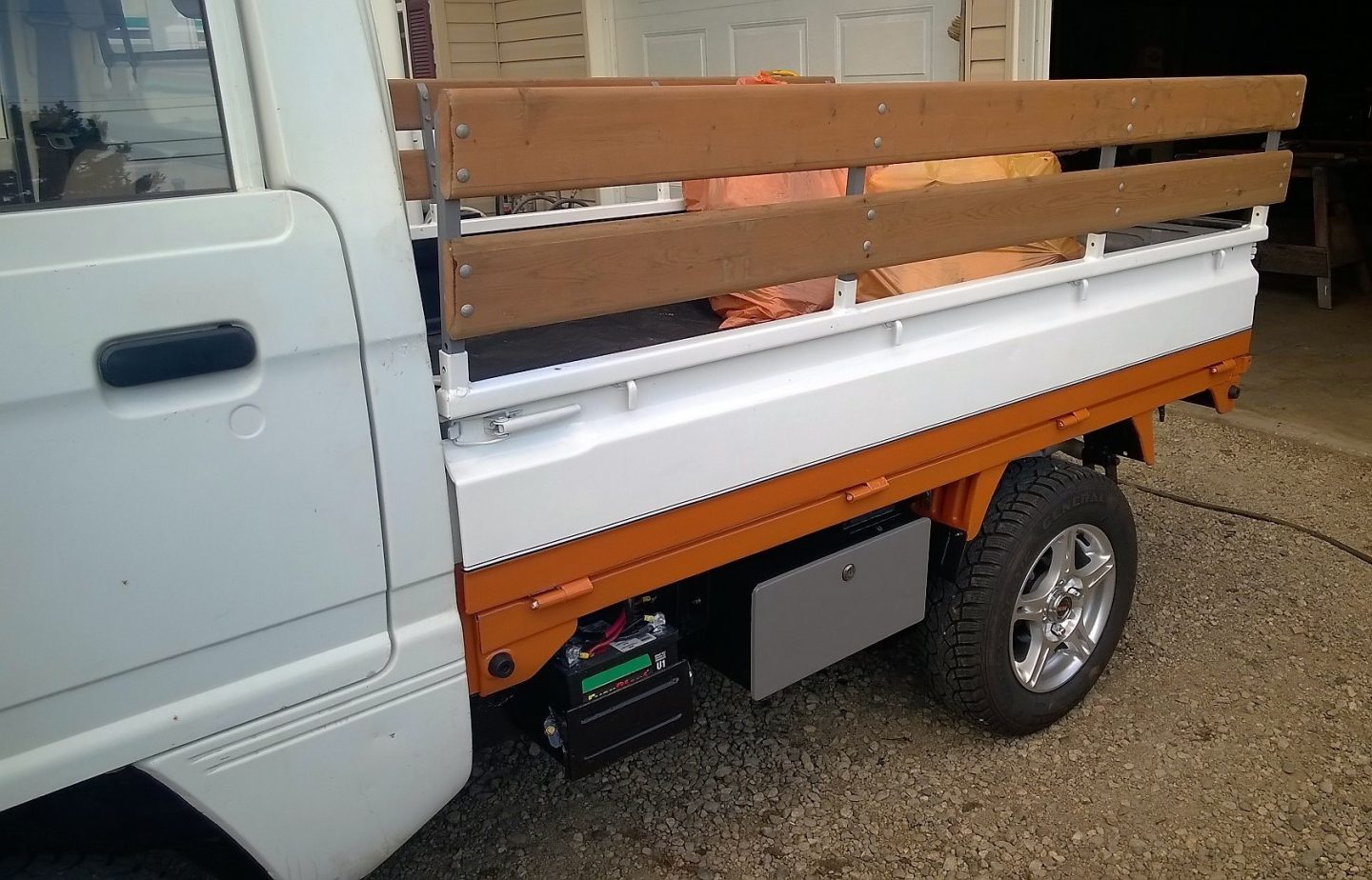 The black pin stripe on the line between orange & white looks great.  The spare tire is back in the proper place.  Both batteries are hooked up.  Still some little things to do..  but it’s useable now. 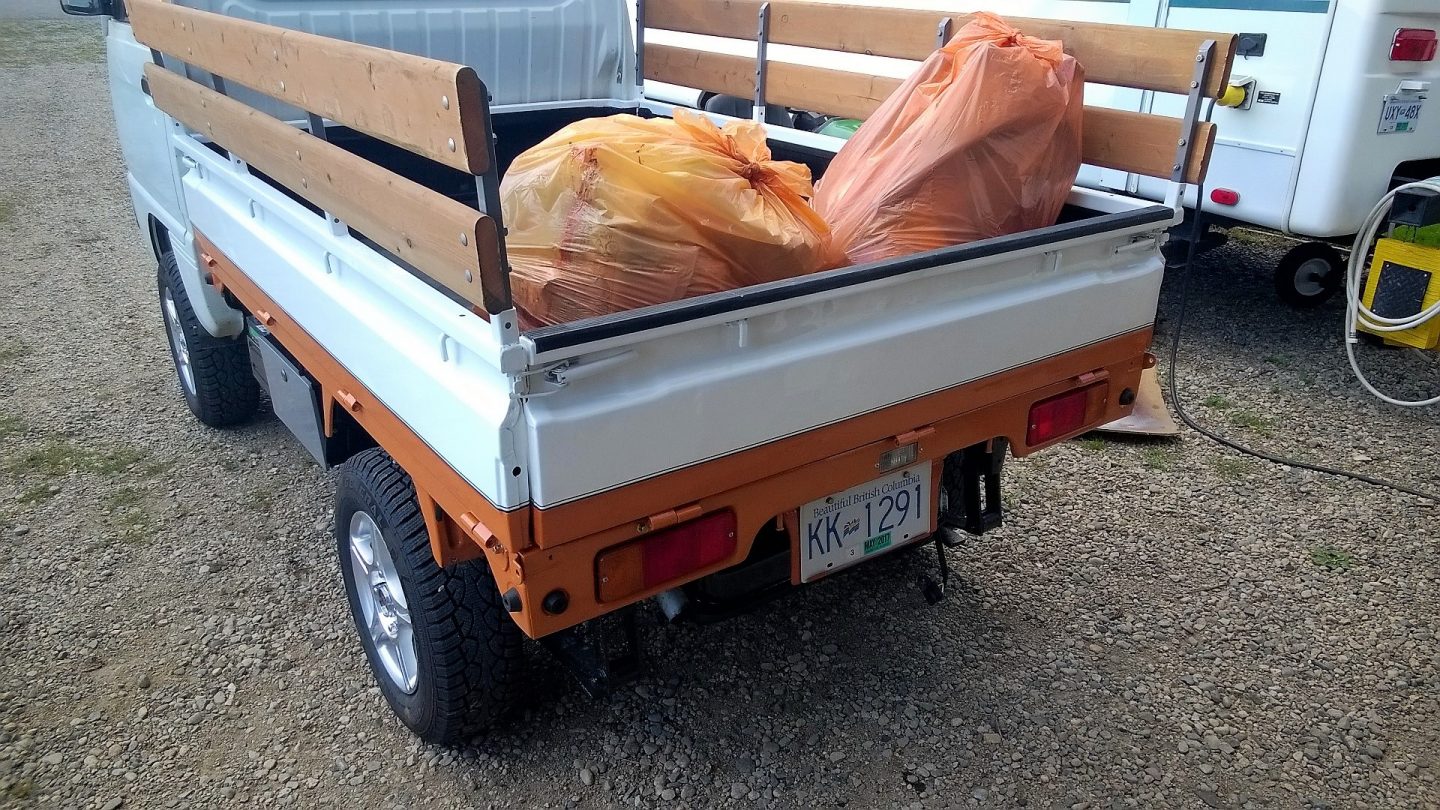 In fact there goes two bags of garbage…  I can hardly wait to get going on the canopy.. But first there is more details. 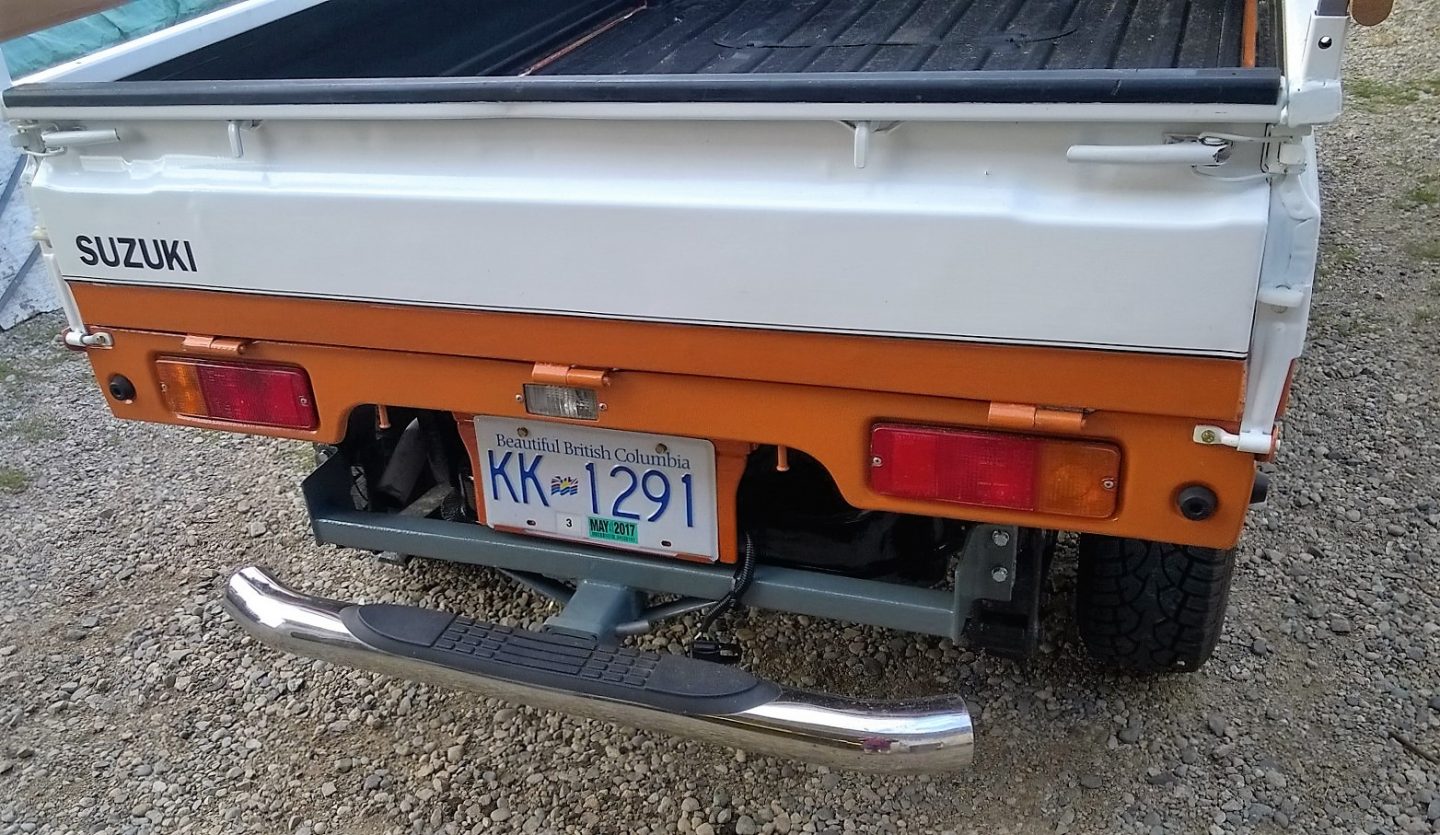 The rear trailer hitch has been reworked. Lowered so the spare can be accessed,  painted grey and mounted with heavier metal.  Six bolts instead of Four.  There’s my handy bumper / step plugged back in.  Today I also got the aluminum plate cut and mounted to the tailgate. 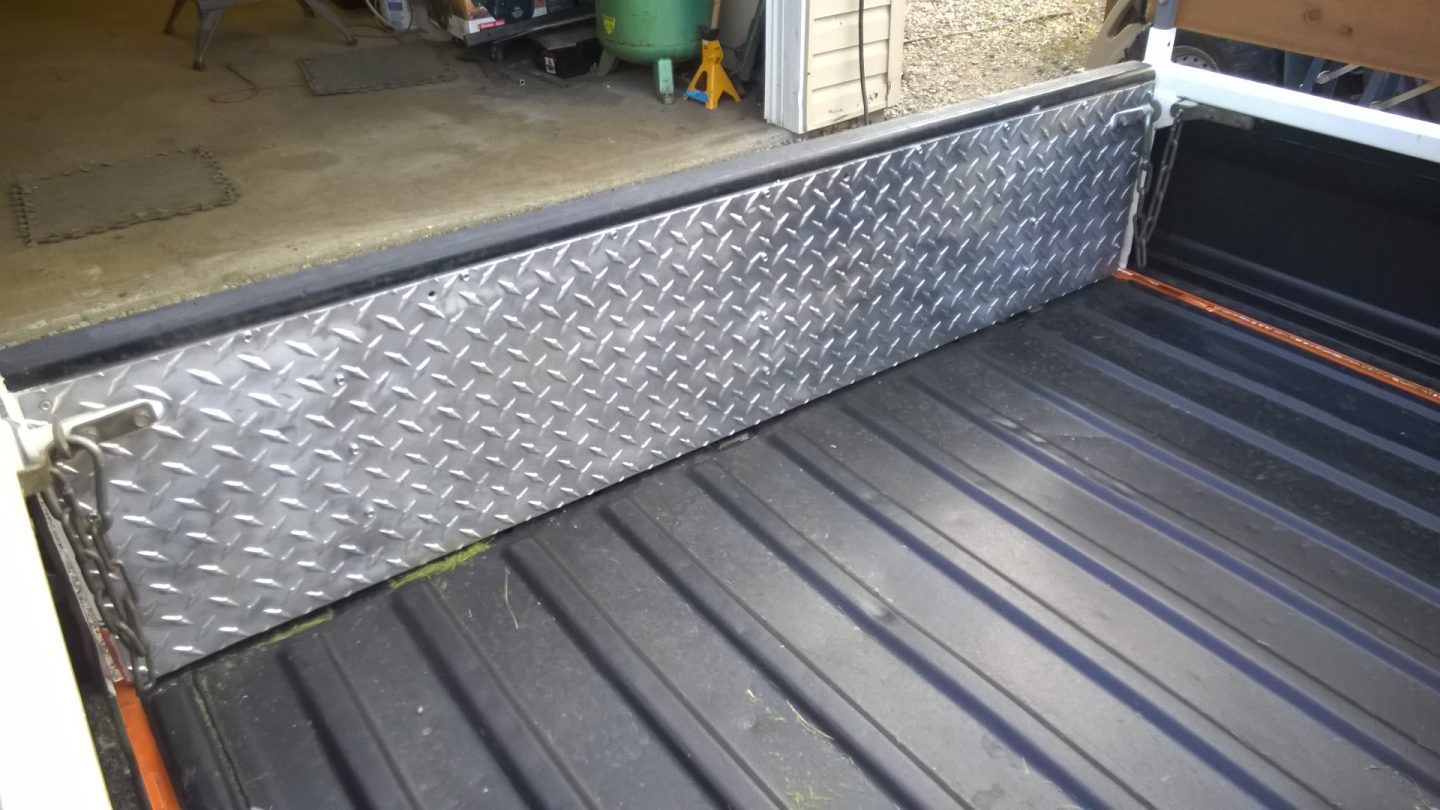 Nice eh !  easier to load and unload over the tailgate now.

At this point the truck is done..  drives… got it’s bits and pieces back..  So everything now is fluff.. just stuff I would like to do but not really necessary.   Like:  tarp canopy,  winch,  I plan to finish the orange paint  next month.  I’m starting to build the winch mount..  We will CARRY on..  to a new page for this “extra”  stuff.