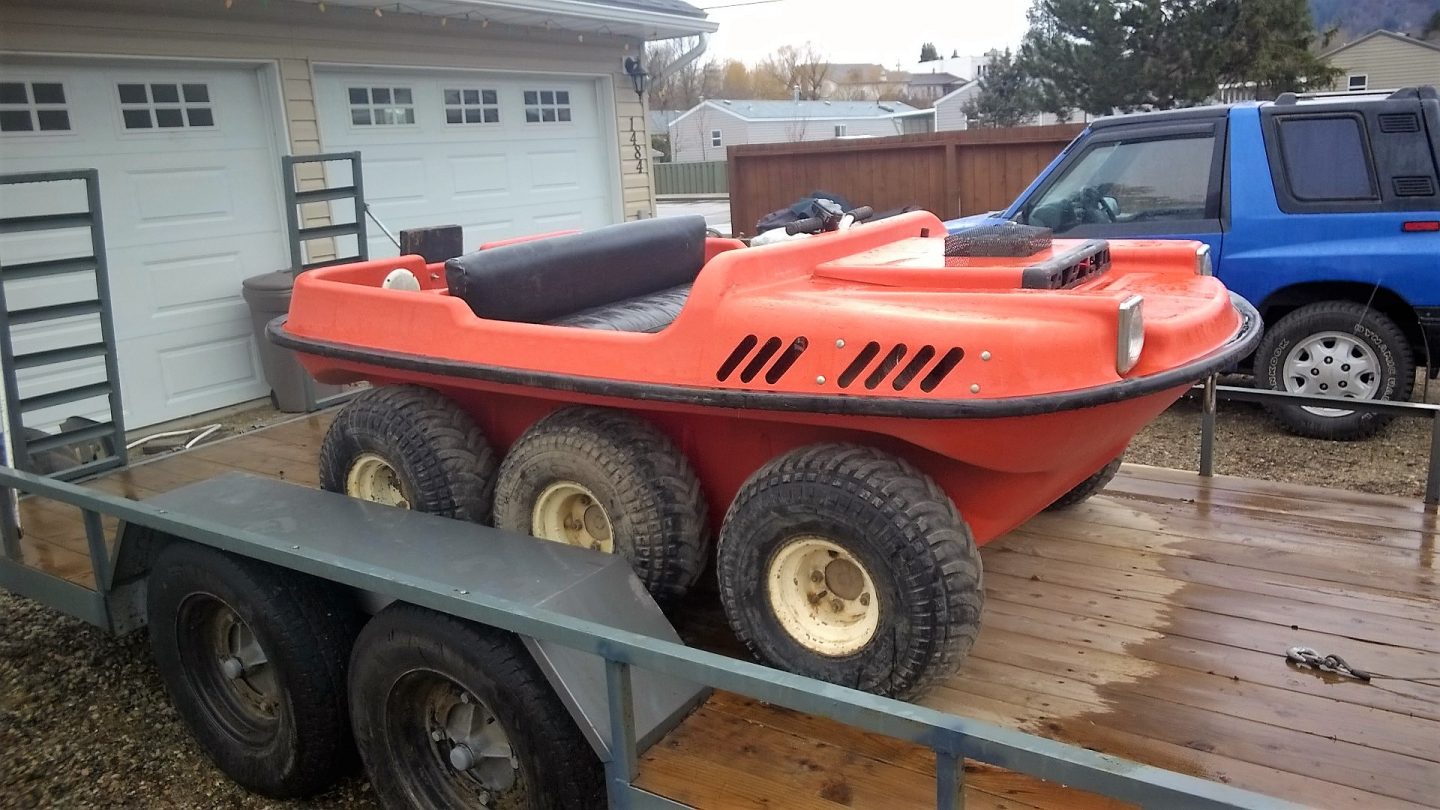 Honest hon… it followed me home… no matter how fast we drove..  it was still there !   But seriously it was planned.  I traded one of the Terra Jets for this Argo 6×6.   The 1970 Terra Jet  that  I did not get totally finished last year.   Too many Jets not enough 6×6’s.  The Jigger is gone now..   So room to fill..   We’ll see.  Now that I have one ..I thought I better understand these ..  And the more I understand the more I like them. 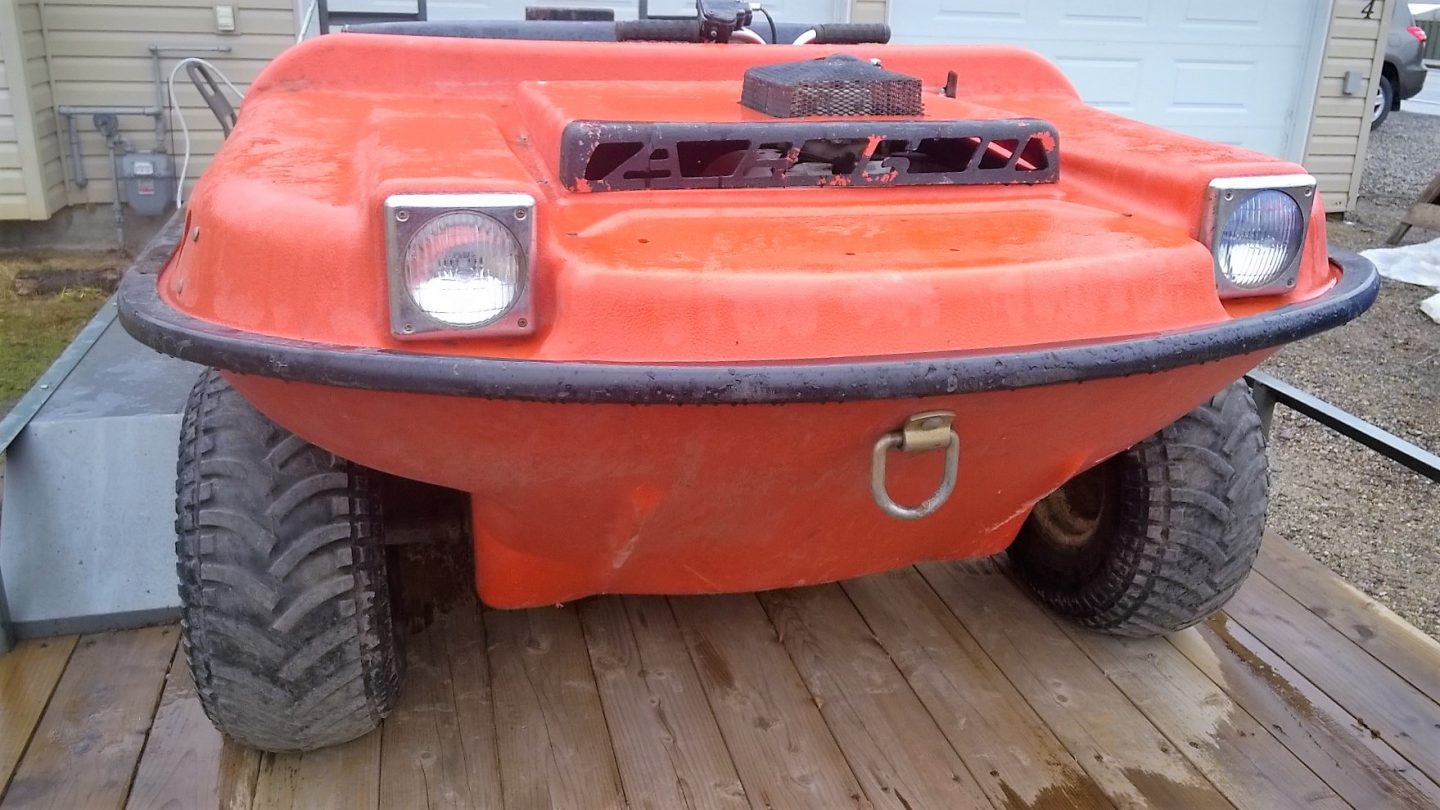 Facts :   Argo is a Canadian company started in the sixties.  still here in Ontario, still making them…  still has a dealer network !   They make six wheeled and eight wheeled versions.  A new one starts at $14 grand..   The body is made of thick poly plastic like a kayak.  They are tough..  they float and go anywhere.   These are favored by hunters all over..  There’s room for two adults and two kids..  or a lot of gear. 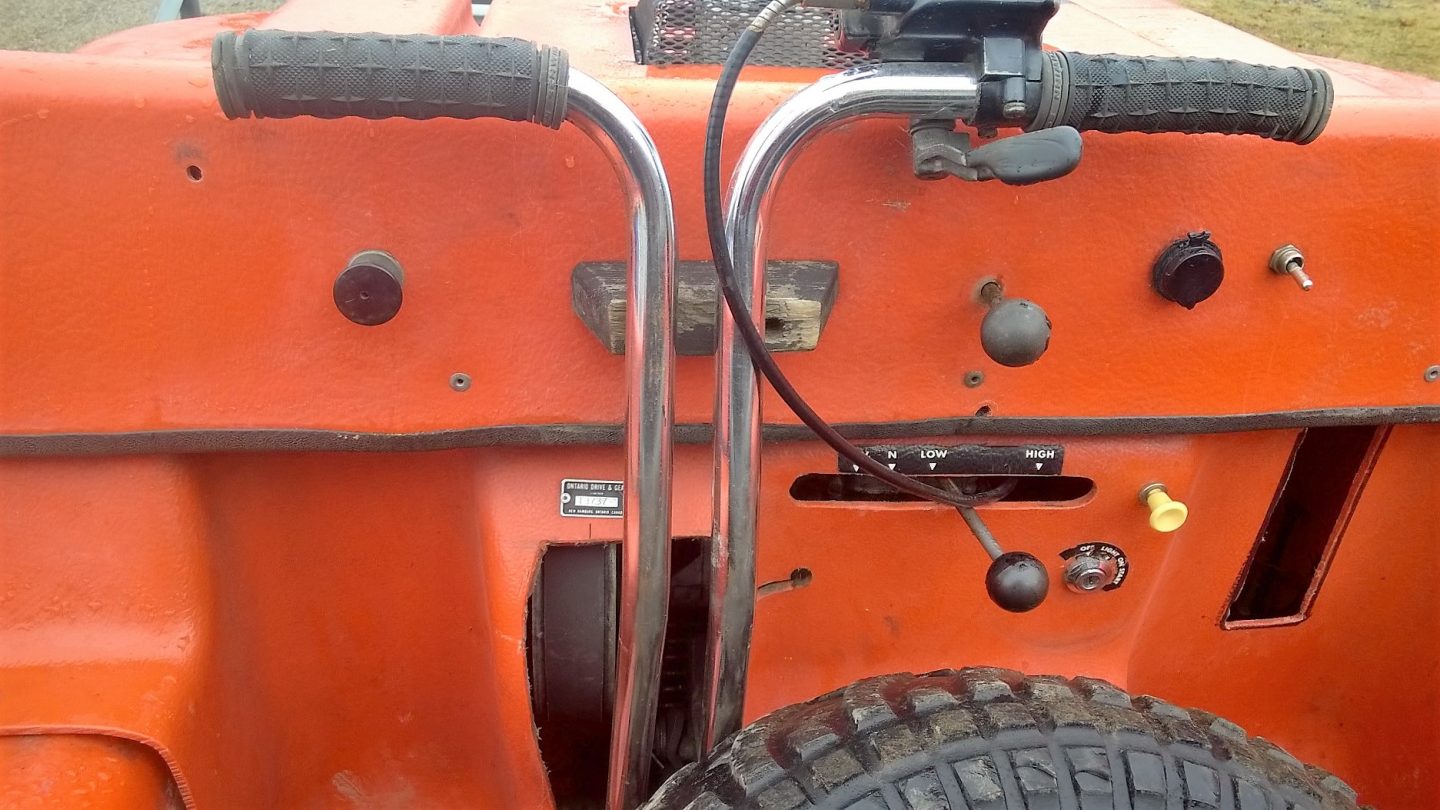 I really like the controls ..  easier than the Bazoo or the Jigger..  Steering is simply done by pulling back on the lever that’s in the direction you want to turn.  Go straight  is just the thumb throttle..  like my quad.  You can see the gear selector in the photo.. Reverse, Neutral and two forward speeds..   What’s not to like about that..  The tires are looking a bit worn out..  but this one came with seven newer tires so no worries there. 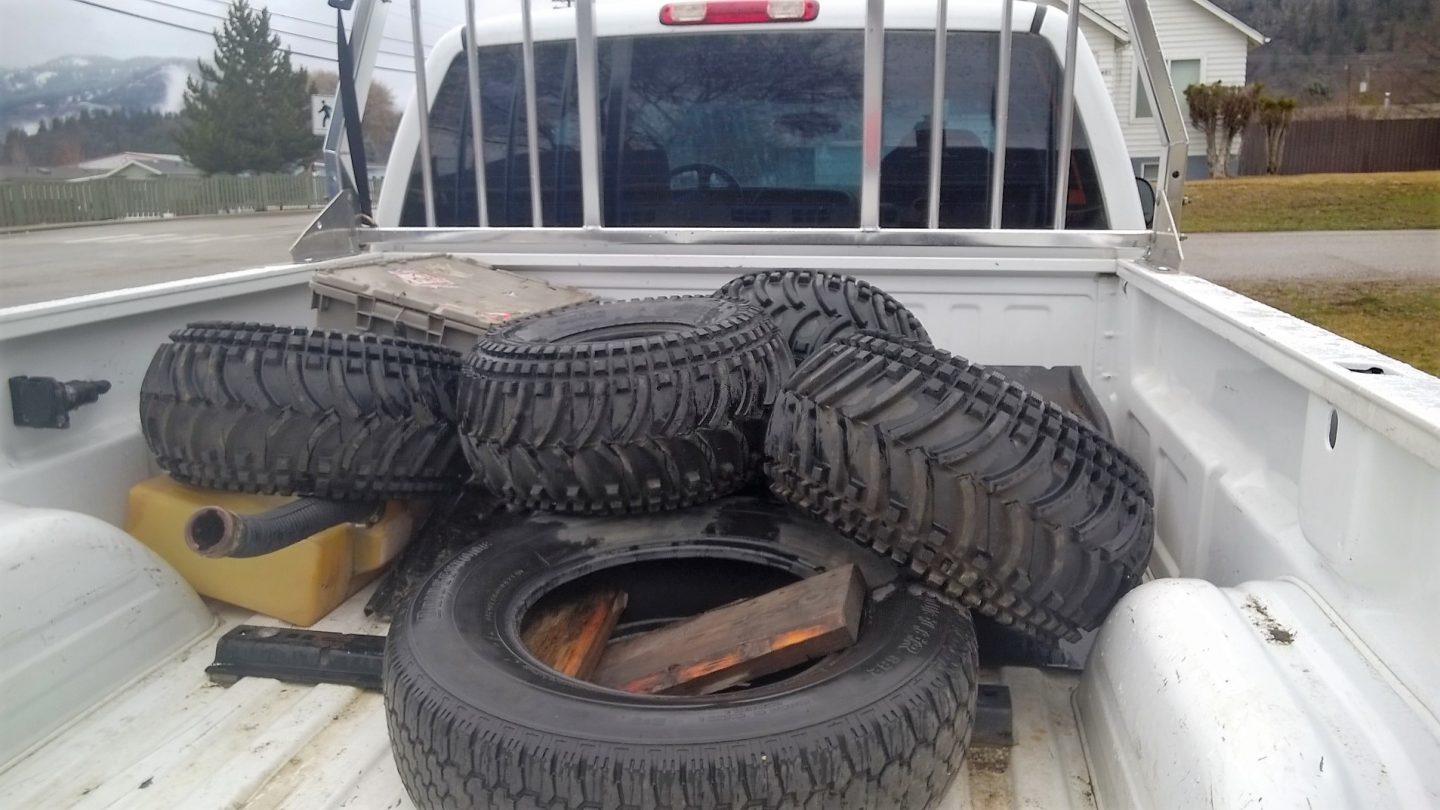 An extra rim too..  Not sure how I’m going to change out 8 inch tires .. All the tire changers I have access to won’t go that small. 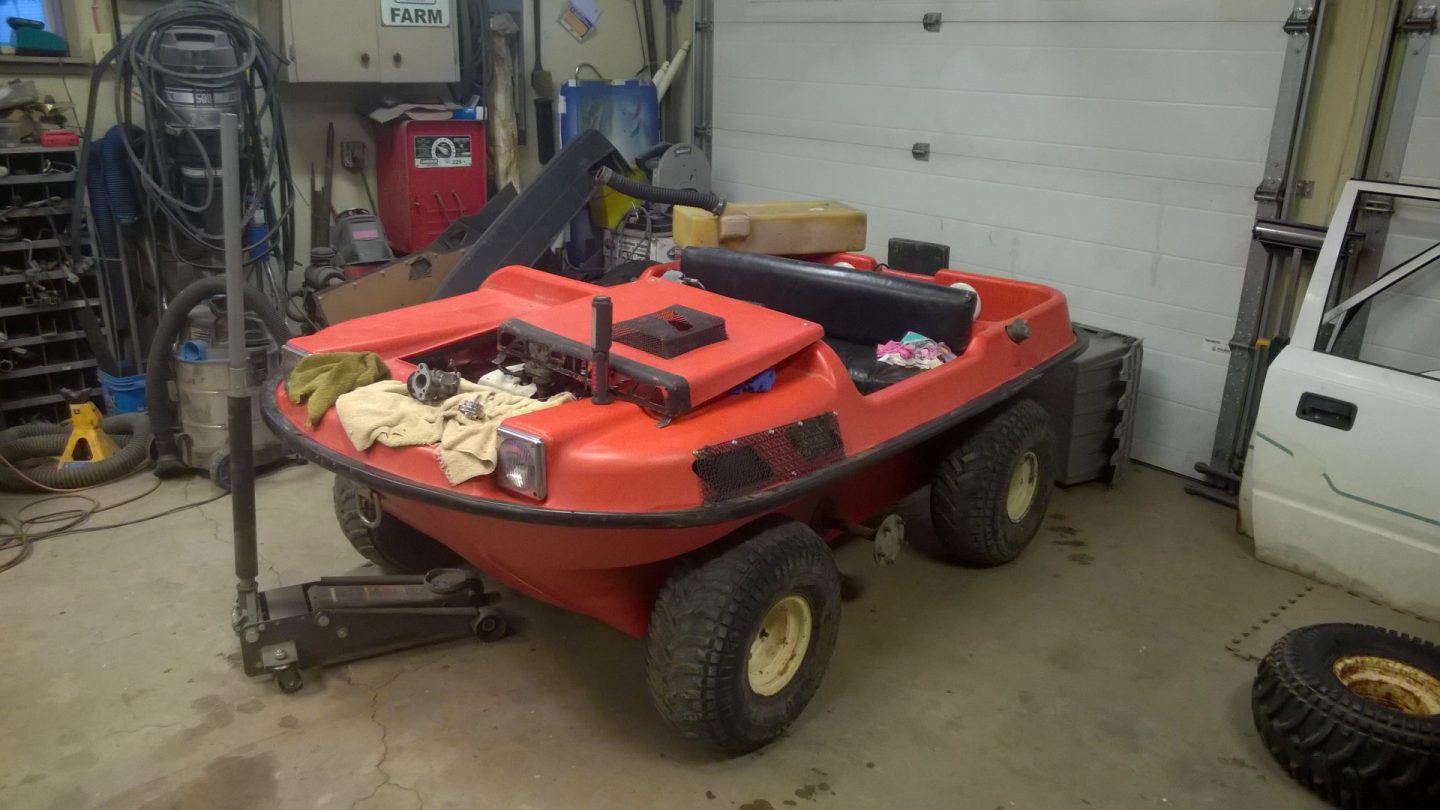 Anyway it found it’s way into the shop.  I figured since I was waiting on the door locks for the Sidekick … I would take a few days and sort out the few things that prevented me from just going for a drive.  As you can see in this photo the first thing  is the missing wheel.   I had to order the proper wheel nuts , then I’ll put that wheel back on.. It’s flat but that will do for now..  Here’s a video I made….

Most of the stuff I talked about in the video is done.. I never found a carb kit for that carb.. but there was enough good parts and a new carb to get things working..  The motor runs good..  So here’s a new video ….

Still in need of a new choke control.. Then the motor cover can stay on..   Soon I’ll have to give it the boot from the shop so I can carry on with the Sidekick project.   So what to do. ? 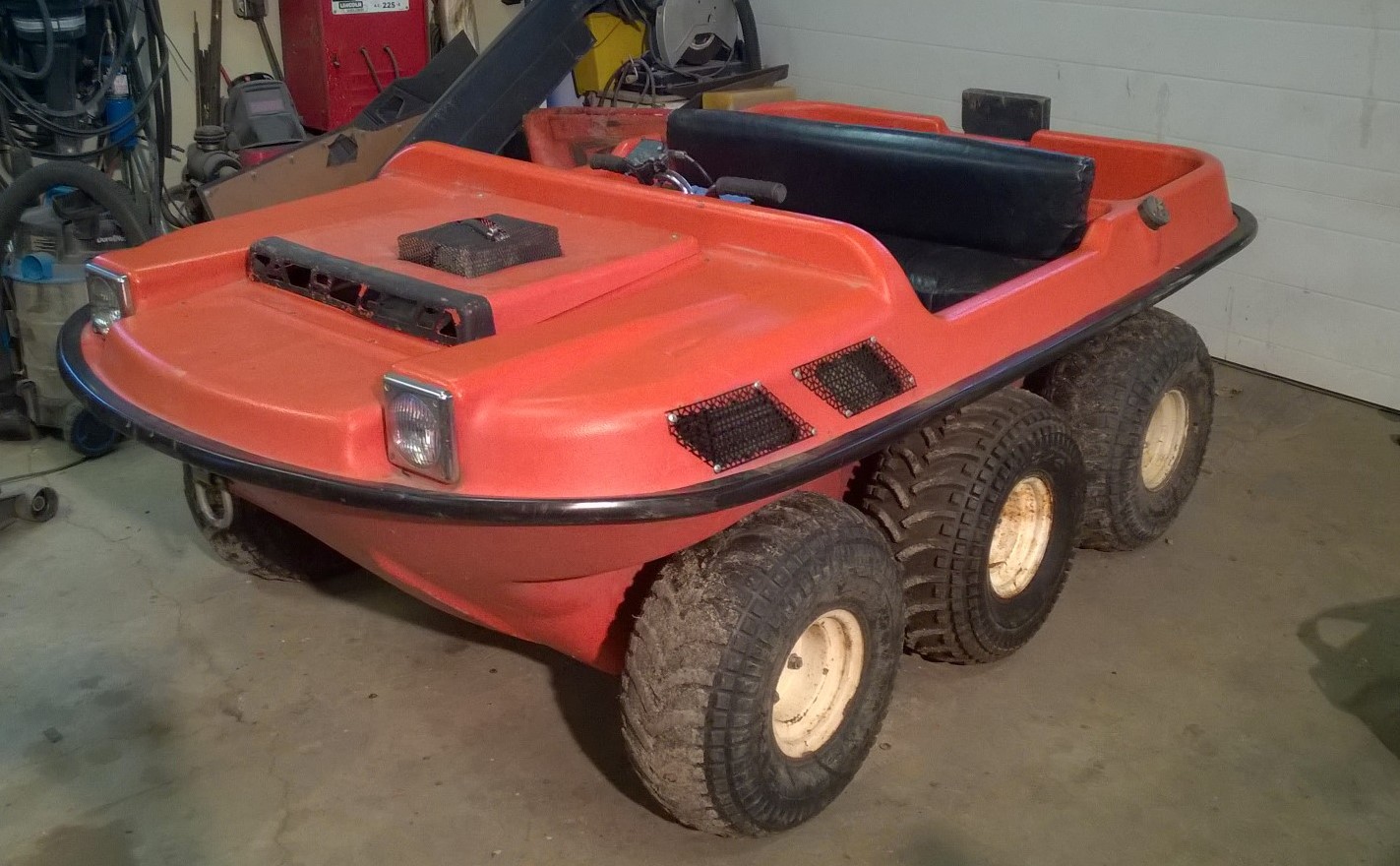 If I’m to use it I would want to address a few things..   To take this on an ATV ride  may not be the best thing.. It’s slower than all the Quads so they would be waiting for you to catch up.   Plus Argos have no suspension so my old body would protest a long day of only the tires and seat to absorb the bumps.   However the seat is soft and if the tires are inflated properly it’s not bad.   If a ride is to a small fishing lake..  then the Argo carries on where the Quad guys stand on the shore watching.. That’s cool.   But in order for me to consider going on a long ride I would want to fix a few things..  Now that we have looked it over, and used it  here’s my list.

Most of that work would require removing the top deck from the Argo.. no big deal.. but it’s the way to do it..  Big job… and cost for parts.  On the up side… I would have a perfect Argo.

For now I’ll put it in storage: